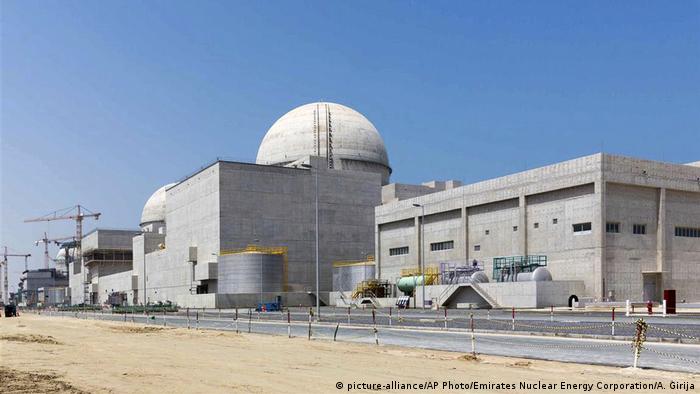 When UAE regulators said on Monday they had given the green light to start loading nuclear fuel at the Barakah power plant — the Arab world's first — the announcement raised concerns.

While Abu Dhabi Crown Prince hailed it as a "new chapter in our journey for the development of peaceful nuclear energy," tensions have been high in the Persian Gulf after the long-simmering issue of Iran's nuclear program recently contributed to bringing it to the brink of open war with the US.

In the wider region, Saudi Arabia, Egypt, Jordan and Turkey also have nuclear programs with varying ambitions."It's the wrong reactor, in the wrong place, at the wrong time," said Paul Dorfman, a senior researcher at the international expert body Nuclear Consulting Group (NCG).

"It's not safe enough ... it wouldn't be allowed to be built in Europe, and the Gulf region is militarily volatile, as we've seen with the attack on Saudi oil," Dorfman said, referring to the 2019 drone and missile attacks that knocked out half of the world's top oil exporter's production.

A December report Dorfman wrote for the NCG said the four plants under construction in the UAE are being built without emergency containment features that are required in Europe. Cracks had also been previously found in two of the concrete structures housing the reactors.

The threat of attacks on the Barakah plant was first hinted at when Yemeni rebels claimed to have fired a missile at the site while it was under construction in 2017. The report also highlighted the potential for accident or sabotage as nuclear fuel and waste is transported through the unstable Strait of Hormuz, an added source of worry in a region that relies on desalination plants for the majority of its drinking water.

While the UAE has signed non-proliferation treaties and ratified International Atomic Energy Agency (IAEA) agreements, including a full inspection regime, there is still the risk it could share its knowledge with others not bound by similar deals, Dorfman said.

'A model for nuclear newcomers'

But Mark Hibbs, a senior associate at the Carnegie's Nuclear Policy Program, said, that the UAE's record of complete transparency and ratification of all IAEA recommendations meant "there is no risk of proliferation." 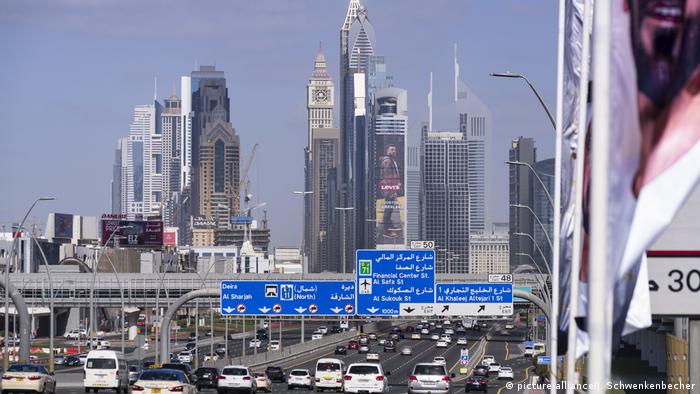 The UAE has established itself as a major commercial hub

"The UAE wants to polish its apples and acquire a reputation as a country that is reliable, not proliferating or threatening. They don't really have any ambition to get involved in sensitive nuclear activities and there's no reason for them to change that."

The Nuclear Threat Initiative, a Washington-based non-governmental organization focused on reducing the risk and spread of nuclear weapons, reported in 2018 that the UAE is "often referred to as a model for nuclear newcomers."

Abu Dhabi hopes its program will raise its profile as a regional leader, diversifying its economy away from fossil fuels and adding the technological and engineering feat of nuclear power generation to its commercial successes.

As it stands, without the UAE pursuing enrichment and reprocessing, and assuming proper implementation of the most up-to-date IAEA safeguards, "there's little risk of a military dimension to the UAE's program," Tom Plant, the director of proliferation and nuclear policy at the UK defense think tank Royal United Services Institute said.

"If those features start to drop away then the risk rises; and, either way, the development of a civil fuel cycle does help to build skills that have potential utility on the military side, albeit in the much longer term," Plant said.

But as a rising regional military force involved in conflicts in Libya and Yemen and a standing dispute with Qatar, notwithstanding Iran, the UAE is located in a neighborhood of growing nuclear aspirations.

Saudi Arabia is currently assessing bids from various countries to build two large power reactors and has ambitions for 16 smaller ones. That would bring considerable nuclear knowledge into the country, though progress has been slow.

Despite declarations its program would be peaceful, Energy Minister Prince Abdulaziz bin Salman announced in September the kingdom planned to enrich its own uranium. De facto ruler Mohammed bin Salman had warned in 2018 that if Iran developed a bomb, "we will follow suit as soon as possible." In 2003 a leaked report revealed Riyadh had considered different strategies to obtain a nuclear weapon.

With Russia's help, Egypt is building a power station with four reactors on the Mediterranean coast. The IAEA had reported discrepancies in Egyptian experiments in 2005 and discovered traces of highly enriched uranium at a research facility in 2009, but the investigations have come to nothing. Egypt has ratified the Treaty on Non-Proliferation of Nuclear Weapons (NPT) but has refused to sign up to the IAEA's more recent comprehensive monitoring regime known as the Additional Protocol until Israel subscribes to the NPT.

Turkey — which hosts US nuclear weapons — started working with Russia to start construction on a power plant in 2018, with three more scheduled to be completed by 2026. In September, President Recep Tayyip Erdogan hinted at breaking his country's commitments to the NPT when he said it was unacceptable that Turkey's neighbors had nuclear weapons when Turkey couldn't.

In that context, while the "standard risk" of nuclear weapons is already high, the danger of warlike groups attacking nuclear facilities or nuclear transports could be considered greater, Dorfman said.

"In a politically and militarily tense region, further nuclear proliferation would inevitably increase the risk," he said.

Iran's foreign minister fiercely criticized the US and proposed talks with his country's Arab neighbors at the Munich Security Conference. But Saudi Arabia declined — unless Iran changed its behavior. (16.02.2020)