Two children were beaten to death in central India for defecating in the open. The killings underline the violence sometimes unleashed to enforce Prime Minister Narendra Modi's flagship cleanliness drive. 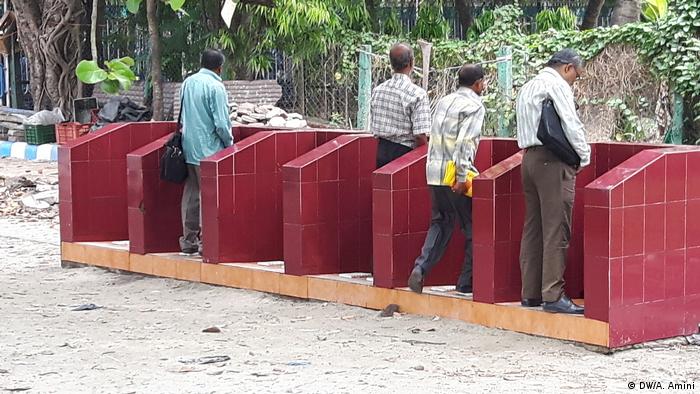 Two men have been arrested in central India on charges of killing two children who were defecating in the open in their village, police said on Thursday. The children — a 10-year-old boy and a 12-year-old girl — belonged to the Dalit community, the lowest caste in India's ancient caste system.

They were attacked on Wednesday while they were on their way to their grandfather's house in Shivpuri district in the central state of Madhya Pradesh. "It was early morning and they had stopped to attend to nature's call" when they were attacked, police inspector general Raja Babu Singh told the AFP news agency by phone. "The kids were taken to the hospital, but they succumbed to their injuries."

The police have arrested two brothers named by the father of one of the children after preliminary investigations.

The dead boy's father Manoj Balmiki told the police that he did not have a toilet at home and the two brothers had objected to the children defecating in the open near their home, the Indian Express newspaper reported.

Indian laws bar discrimination against Dalits, but incidents of atrocities and violence against low-caste groups are reported regularly.

Indian Prime Minister Narendra Modi is set to declare India free of open-air defecation on October 2, coinciding with the 150th birthday of independence hero Mahatma Gandhi, who also campaigned vigorously for better sanitation. Modi, currently in his second term, launched his Clean India Mission in 2014, promising to build toilets for all by 2019.

His government said it has built more than 100 million toilets under the $20 billion (€18.3 billion) initiative. The multibillion-dollar campaign combines raising awareness, subsidies for building latrines, and communal naming and shaming of those still relieving themselves in the open.

Modi this week also received an award from the Bill and Melinda Gates Foundation for his government's efforts to eliminate open defecation in India.

"I dedicate this award to all those Indians who transformed the 'Clean India Mission' into a people's movement and started giving cleanliness the highest priority in their daily lives," Modi said after collecting the award from billionaire philanthropist and Microsoft founder Bill Gates.

World Toilet Day is no joke. No invention has saved more lives than the loo. But 4.5 billion people have to make do without functioning sanitation systems every day. (19.11.2018)

'Trump village' in India wants toilets and a cleaner future

A village in the Indian state of Haryana has recently been officially renamed "Trump village," after the US president. The change is part of an awareness campaign promoting sanitary facilities. Murali Krishnan reports. (21.07.2017)

'India lacks the political will to end manual scavenging'

The Indian government banned manual scavenging in 1993 but the practice is widespread in the country. Bezwada Wilson, this year's recipient of the Ramon Magsaysay award, tells DW there is not enough pressure to end it. (29.07.2016)