Despite laws that aim to create equality, the caste system in India continues to have a strong impact on society. DW explains how it evolved and what the situation in the country is now. 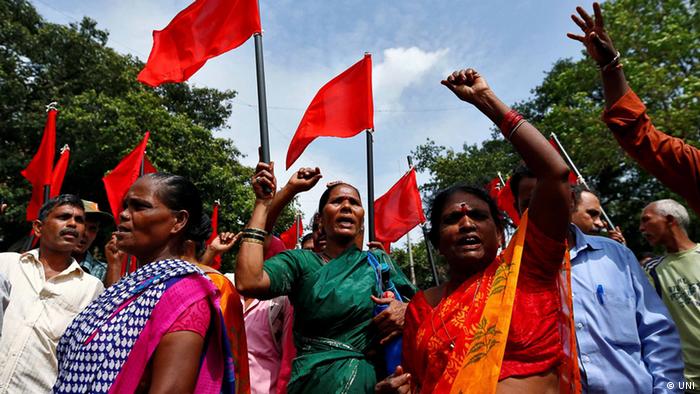 India's caste system, which splits up Hindus into different societal groups according to their work and birth, is thought by researchers to go back some 3,000 years.

In the system, Hindus are divided up into four classes based on the principle of "varna," which literally means "color": the Brahmins (the priestly class); the Kshatriyas (the ruling, administrative and warrior class); the Vaishyas (the class of artisans, tradesmen, farmers and merchants); and the Shudras (manual workers). There are also people who fall outside the system, including tribal people and the Dalits, previously known as "untouchables," although the term is somewhat contentious.

The concept of "jati," meaning "birth," also underlies the caste system and causes its differentiation into thousands of sub-groups based on lineage or kinship that are difficult to define. 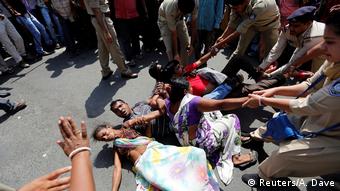 In recent times, Dalits have been campaigning for their rights

The system has led to the upper castes being privileged over the lower castes, which were often repressed by those higher up on the caste scale. For centuries, inter-caste marriage was forbidden, and in villages, castes mostly lived separately and did not share amenities such as wells.

The caste system was bolstered under the British Raj, which appointed only upper-caste Hindus to senior positions and administrative jobs. During the 1920s, however, protests led to the colonial administration introducing a system of quotas under which a certain percentage of government jobs were reserved for lower-caste Hindus.

After India attained independence in 1947, the country introduced laws to make discrimination against lower castes illegal and to improve their socioeconomic positions. Quotas were introduced for college admissions and jobs.

Narayanan overcame the constraints of caste

As a result, some Dalits have made it to leading positions, such as BR Ambedkar, who wrote the Indian constitution, and KR Narayanan, who was elected president in 1997.

Inequalties under the system still exist in modern India despite these measures, which have even served to reinforce the divisions to some extent. Violence based on caste has also erupted in recent times, much of it involving attacks on Dalits.

The caste system has also spilled over into other religions in India, with Christians, Muslims, Sikhs and Jains all employing similar forms of social stratification.

Ginni Mahi is the newest voice of a musical genre that speaks for India's Dalit castes. With inspiration from activists and a growing fan base, she uses pop flair and social media to spread her message. (03.10.2016)

India's 80 million Dalit women and girls at the bottom of the South Asian country's caste hierarchy experience many forms of violence. But getting justice for such crimes could take years.