Following similar moves by other tech giants, Twitter will not allow Jones to hold any accounts on the site. Jones's show Infowars is known for its inflamatory far-right conspiracy theories. 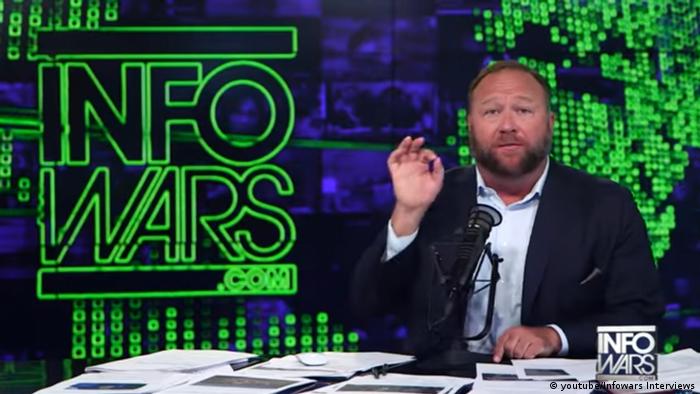 Alex Jones, the US far-right conspiracy theorist famously known for describing the Sandy Hook school shooting as a hoax, was banned from Twitter permanently on Thursday. The move comes a day after Twitter CEO, Jack Dorsey, had appeared before a congressional hearing where Republican lawmakers questioned him over alleged bias against conservative voices on the social platform.

The company made the announcement on its @TwitterSafety account "Today, we permanently suspended @realalexjones and @infowars from Twitter and Periscope."

The ban follows similar actions taken by Apple, YouTube, and Facebook, who last month took down podcasts and channels from Jones, citing community standards. While Apple and Youtube issued a permanent ban, Facebook banned him for a short period. Twitter also temporarily suspended Jones's account, which touts 900,000 followers, for a one week period.

The tech giant had resisted calls to ban him completely, but a video Jones posted on Wednesday violated the company's policy against "abusive behavior," Twitter said. In the video, Jones is seen berating CNN journalist Oliver Darcy in Washington DC., when he attended the two congressional hearings on social media.

"We took this action based on new reports of Tweets and videos posted yesterday that violate our abusive behavior policy, in addition to the accounts' past violations," Twitter said.

"As we continue to increase transparency around our rules and enforcement actions, we wanted to be open about this action, given the broad interest in this case," the company tweeted.

Twitter said Jones will not be able to create new accounts on platform or take over any existing ones.

The US NGO Southern Poverty Law Center dubbed Jones "the most prolific conspiracy theorist in contemporary America." He has claimed the September 11 attacks were carried out by the US government and has promoted the idea that ethnic minorities are attempting to eradicate the white race.

But arguably his most controversial provocation was claiming the 2012 Sandy Hook school massacre was staged, using "crisis actors," as part of a plot against gun rights in the US.

As a result, he has been sued by many of the families, who accuse him of using their suffering to expand his audience. Jones counter-sued them, demanding that they pay his court expenses.