Tweets raise concerns over free speech in Spain | Europe| News and current affairs from around the continent | DW | 16.03.2017

The Spanish National Court has tried several people for allegedly glorifying terrorism in a series of tweets. The application of the Criminal Code has sparked concern about free speech. Santiago Sáez reports from Madrid. 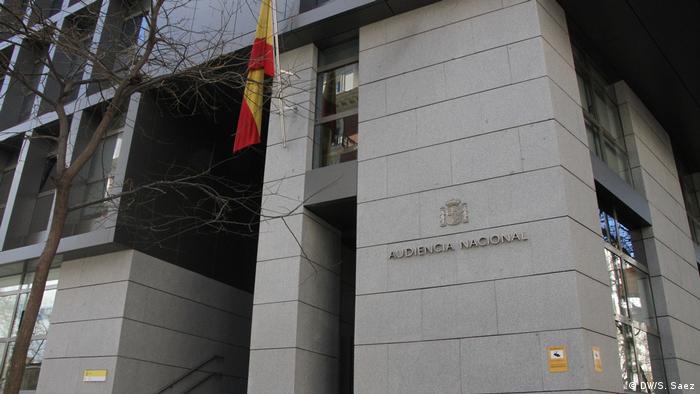 When Cassandra Vera, a 21-year old student from Murcia, received a notification from the Spanish National Court, she didn't know that she would become famous against her will. The court's prosecutor accused her of glorifying terrorism and humiliating victims of terrorism. Last January, she shared her story on Twitter: "The prosecutor is asking for 2.5 years in prison, plus 3 in probation, for jokes about Carrero Blanco [Francoist Prime Minister killed by ETA in 1973]. That's all: jokes about a dictator."

Since then, her message has been retweeted almost 20,000 times and her story has featured on the front pages of Spain's major newspapers. Even Carrero Blanco's granddaughter has spoken out in her favor. In an open letter published by El Pais newspaper, Lucia Carrero Blanco said she was "scared" that "bad taste can be considered a crime," and that she was concerned that free speech is at risk.

That sentiment is shared by Amnesty International, Human Rights Watch and the UN Human Rights Council who say they're concerned about the state of freedom of expression in Spain.

Amnesty's latest annual report, published in February, said that "unwarranted restrictions on the rights to freedom of expression, information and assembly" have been imposed throughout 2016. It also criticized the "broad or ambiguous definitions that pave the way for a disproportionate or discretionary enforcement of the law by authorities" and threatened "to violate individuals' fundamental rights and freedoms." 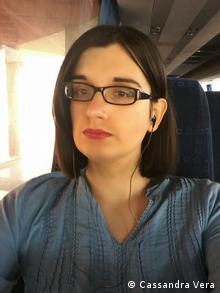 Jail time for Cassandra for tweeting?

In February 2016, two puppeteers were accused of glorifying terrorism while performing a play in Madrid. The play represented a police set-up in which a character held up a poster with the words "Gora Alka-ETA," a play on the words "al Qaeda" and "Gora ETA" (Basque for "Long live ETA").

Read: Thousands rally in Spain for ETA prisoners to be moved closer to families

Police arrested the duo and held them on charges of belonging to an armed gang for several days. They were finally acquitted and their play has since been legally recognized. However, the harm had already been done.

Eric Sanz de Bremond, one of the puppeteers' lawyers, explained that being accused of glorifying terrorism is already a punishment in itself. "[The puppeteers] were subjected to a public exposure nothing short of brutal. Imagine how it was for them out on the streets in those days," he told DW, adding that the artists and their families received death threats. He also pointed out that that "when the judge decided that the play was completely legal, the media didn't show the same interest."

Since he first faced the National Court in 2011, rapper Pablo Hasel has been arrested several times and is convinced that he will eventually go to prison for the political content of his songs: "In this country almost everything is forbidden, so I'm aware that what I write will eventually take me to jail, because I already have a record. Still, I don't want to shut up." He identifies as a communist and thinks that if he held right-wing views, he wouldn't be in trouble. "We can easily find tweets defending the killing of migrants or left- wing activists and nothing happens to them," he told DW.

Hasel is not the only musician facing jail time. Recently, Mallorca-based rapper Valtonyc was sentenced to three-and-a-half years for singing against the monarchy and allegedly glorifying terrorism. Cesar Strawberry, member of rock band Def Con Dos, received a one year suspended sentence for tweeting several jokes about ETA and GRAPO (First of October Anti-Fascist Resistance Groups) between 2013 and 2014. He was initially acquitted by the National Court in 2016 which declared that Cesar "both in his professional and his private life doesn't postulate support of terror groups or any kind of violence," and that his intention was ironic or provocative. However earlier this year, the Supreme Court said that his intention is "irrelevant," arguing that article 578 of the Criminal Code doesn't demand proof of the intention behind acts that constitute offenses of glorifying terrorism or humiliation of the victims. His lawyer has said he would appeal to the European Court of Human Rights. 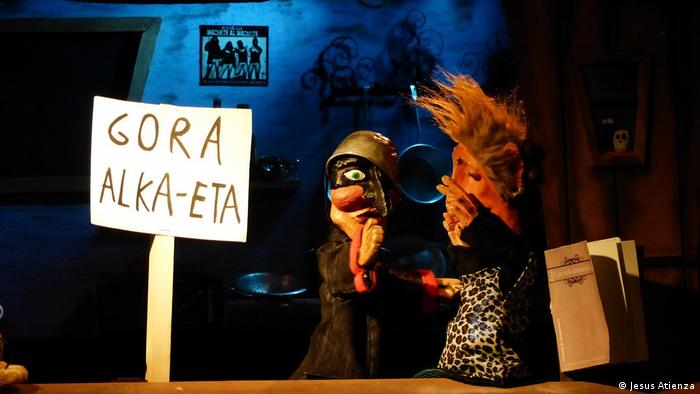 The puppeteers have experienced an uprecedented witch hunt

Stephane M. Grueso, head of training at the Platform for the Defense of the Freedom of Information (an association of journalists, lawyers and activists), agrees that the prosecution is politically biased. Grueso told DW that the establishment is trying to protect itself from grassroots initiatives and decentralized demonstrations like the ones that took place in May 2011. "The established power is not comfortable with people using their right of association, reunion and expression, and it has started a repressive movement against any sort of opposing opinion. All these laws, many of which I'm sure aren't constitutional, have been passed to curtail those rights, particularly online, where the media is so diverse."

Meanwhile Cassandra is still awaiting trial. "They want me to go to jail for a few jokes. The initial feelings of fear and anxiety have now turned into constant depression. You can't stop thinking about how you may go to prison. How this can ruin your professional, personal and academic life, how you will have to carry this for the rest of your life. This is what you feel everyday, all the time, from waking up to going to sleep."