Turkish opposition: We will win re-run of Istanbul mayor vote

The deputy chair of the CHP party told DW that their candidate would have the support of "all the people of Istanbul." The electoral body nixed the party's initial win following pressure from the ruling AK party. 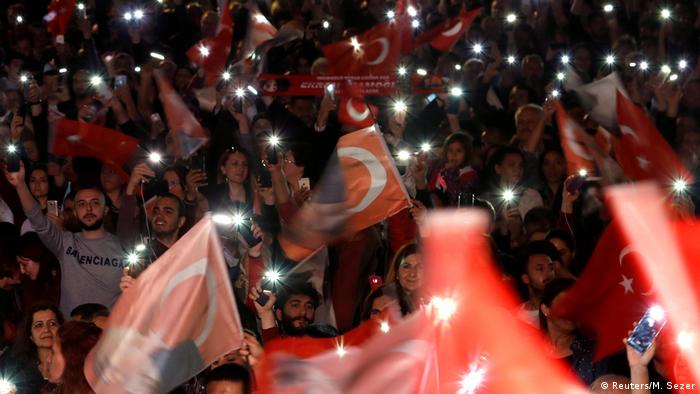 "We don't think that losing is an option because we have won the elections once and we are pretty confident that we are going to win again," Unal Cevikoz, deputy chair of the Republican People's Party (CHP), told DW.

Cevikoz, a former ambassador to the United Kingdom, said he was confident CHP could withstand "every measure" by the AKP to win the June 23 re-run.

"We are going to make sure that all the democratic forces of Istanbul join forces and this is going to put us on the winning side," he said.

The nationwide municipal and provincial votes in March also saw CHP win the mayoral post in the capital Ankara. AKP won most of the other races.

Tim Janszky contributed to this report.