Turkish military officers in Greece: "I don’t think extradition is on the table"

Greece has suspended the asylum granted to a Turkish helicopter pilot who fled his country after the failed coup. But his case is far from over, says Nikos Alivizatos, a law professor at the University of Athens. 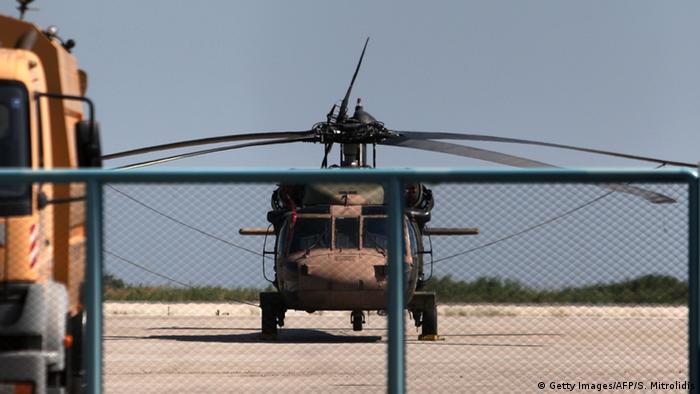 In the wake of the failed coup attempt in Turkey in July 2016, eight Turkish military officers fled to Greece on a helicopter and applied for asylum. Ankara claimed the men participated in the coup and demanded their extradition. But the Greek Supreme Court blocked their extradition, saying the men would not have a fair trial in Turkey.

At the end of December 2017, the authorities in charge granted asylum to the first of the officers, who piloted the helicopter. Ankara criticized the decision, and as a result, the Greek government filed an appeal against its own asylum authority. Last week, the Athens Administrative Court of Appeal temporarily suspended the officer's asylum, placing him back in police custody.

The case is now scheduled for a hearing in mid-February. The last word will lie with the Greek Supreme Court – which could take up to two years to reach a verdict.

DW: Mr Alivizatos, did the government in Athens interfere with the judiciary's work?

Nikos Alivizatos: Legally, it would be incorrect to say that. The government exercised a right granted to it by law. A layperson may think it strange that a government would appeal a decision made by one of its own organs. But it's not against the law.

And yet you have accused the government in Athens of being "ethically inconsequent." What exactly do you mean? 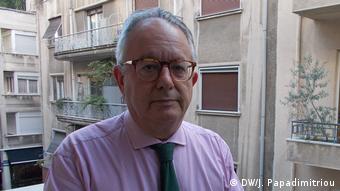 The Greek constitution stipulates that those who fight for freedom and are politically persecuted will not be extradited. This principle was included in our constitution in 1975, after our democracy had been restored. It was suggested by jurist Georgios Alexandros Mangakis, who was politically persecuted himself under the Regime of the Colonels and found refuge in Germany.

A cynic might say that fighting for freedom is not the same as participating in a coup. That's more or less what Erdogan said during his most recent visit to Athens.

In my view, if the military officers were involved in such actions, there would indeed be a serious argument in favor of their extradition, or against granting them asylum. But we don't have information to prove that these men were responsible.

But doesn't constitutional law reach its limitations here? The courts in Athens can presumably only use evidence that was provided by Turkey.

That's correct. The extradition request was filed by the prosecution in Istanbul. But the evidence doesn't prove that the men in question participated in the coup. The pilot of the helicopter is accused of being in touch with his boss, who was part of the coup. Nothing is known about the content of their conversation. The fact that it took place alone is not enough.

The helicopter wasn't armed, either. On the basis of this information, the asylum authority in Athens appears to have reached the conclusion that there is no evidence pointing to illegal actions and that the soldiers were in fear of being persecuted for political reasons.

How is the Supreme Court likely to rule in this case?

I don't think extradition is on the table, unless these men were actually part of the coup or violate Greek law in an extreme way. But even if they're not extradited, they won't automatically be granted asylum and they still won't have passports or identification.

What choice do they have then? Stay in police custody?

No, they would be free to go. They could potentially be extradited to a third country willing to look into their asylum applications. In this context I'd like to remind you that Germany granted asylum to many people who fled Turkey after the attempted coup, including high-ranking military officials.

So the soldiers could end up in Germany?

That could definitely be an option if they are freed but are not granted asylum in Greece. In this case, they could travel to Germany or another European country once arrangements had been made.

And these arrangements would have to be made on a political level?

Of course. Being granted asylum would be the only way these people could legally remain in Greece.

Greek prosecutors have argued that the asylum-seeking soldiers would not receive a fair trial in Turkey. Ankara has accused the soldiers of involvement in a failed coup that left more than 300 people dead. (04.05.2017)

Turkey and Greece's leaders have publicly aired their grievances at an unusually candid press conference. The two NATO members are divided over a series of issues — some decades old, others much more recent. (07.12.2017)