The detention of Taner Kilic is "emblematic of what is happening in Turkey today," said the head of Amnesty International. Thousands of people have been detained as part of an effort "to silence critical voices." 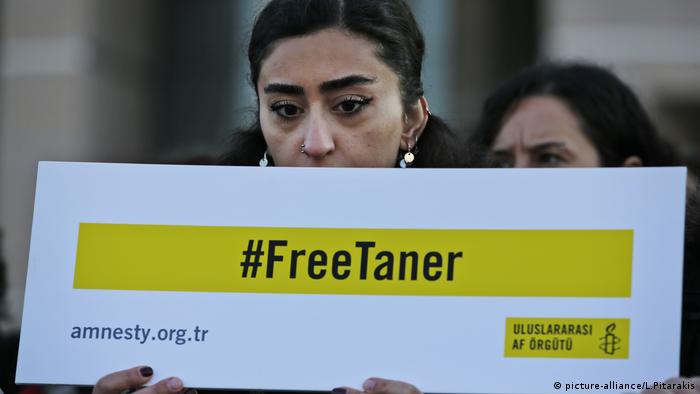 An Istanbul court on Thursday ruled to keep the head of Amnesty International's Turkey office in custody on terrorism charges.

Taner Kilic has been in jail for more than one year. He was arrested in June 2017 for allegedly having links to self-exiled Turkish cleric Fethullah Gulen, who Turkish authorities blame for a failed coup in 2016.

Kilic is one of 11 human rights activists on trial in Turkey, including Amnesty's Turkey director Idil Eser. If Kilic is found guilty, he faces up to 15 years in prison.

"Today's heart-breaking decision to keep our colleague in jail is yet another travesty of justice," said Amnesty director Salil Shetty. "Taner's situation is emblematic of what is happening in Turkey today. Many of human rights defenders are either languishing in jail or living in constant fear of arrest."

Since the failed coup, Turkey has launcheda nationwide crackdown targeting journalists, academics and human rights activists. More than 50,000 people in the armed forces, police, schools and judiciary have also been arrested as part of the campaign.

Ankara has blamed Gulen for orchestrating the coup, claiming he operates a global network of supporters aimed at undermining the Turkish state. Rights groups have accused Turkey of using the crackdown to stifle dissent, especially ahead of key elections slated for Sunday.

"Taner's treatment is one of many recent attempts to silence critical voices in Turkey. Since the failed coup attempt of July 2016, there are ongoing criminal investigations against over 150,000 people," Amnesty said. 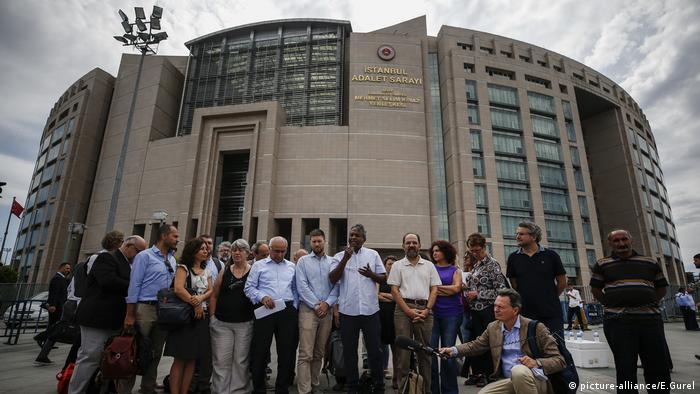 Salil Shetty, secretary general of Amnesty International, called on Turkish authorities to release his colleagues while speaking to the press outside a court in Istanbul

Turkish ministers pushing for EU accession in Brussels have been told by the EU there will be no progress until Ankara restores human rights. It's Brussels' most public criticism in the aftermath of Turkey's failed coup. (25.07.2017)