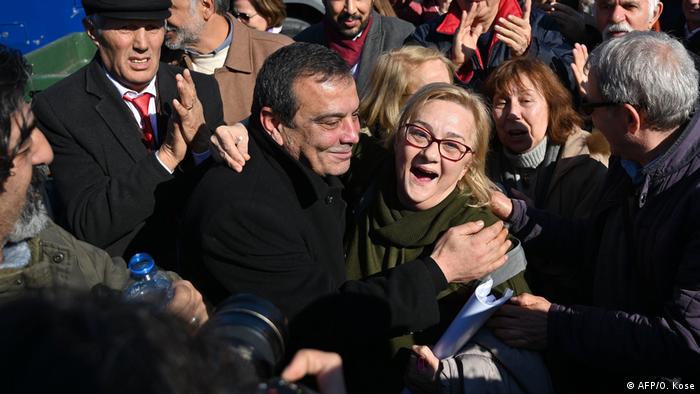 A Turkish court on Tuesday acquitted nine defendants over their alleged roles in the 2013 Gezi Park protests in Istanbul. Seven others also facing trial are still awaiting a verdict.

The defendants, who included businessman and rights defender Osman Kavala, had been accused of attempting to overthrow the government by organizing the mass demonstrations.

In delivering the ruling, the judge said there was "not enough concrete evidence" against the accused.

Kavala, the only defendant behind bars, has spent more than two years in detention. Celebrations erupted in the courtroom when an order for the 62-year-old's release was read out.

"These acquittals come as a huge surprise ... Some of the defendants actually seem like they can't believe what happened today — that the charges were indeed dropped," DW correspondent in Istanbul Julia Hahn said.

"We were bracing for the worst today because Turkish prosecutors were seeking aggravated life sentences in solitary confinement for three of the defendants and long jail terms for the others."

A guilty verdict had been widely expected in the controversial trial, which had been slammed by government critics as an attempt to silence opposition voices.

Exiled Turkish journalist Can Dundar said Tuesday's acquittal proved a victory for Gezi. "In a place without the rule of law, Erdogan had to allow for such a decision/verdict," he said.

He said that "people’s determination was key. The spirit of Gezi won again – just like during the protests. We should congratulate the people who stood upright..."

In response to the ruling,  the secretary-general of the Council of Europe, Marija Pejcinovic Buric, said, "We welcome today’s ruling from the court in Istanbul ordering Osman Kavala to be released, in line with last December’s Chamber judgment from the European Court of Human Rights."

Buric added, "Free speech, the right to organize non-violent protests and the right to liberty are basic human rights in all Council of Europe member states."

A spokesperson for Germany's Foreign Ministry said in a statement the acquittal was "good news," and that it expects " a speedy end to the proceedings against the other seven defendants who are overseas." The spokesperson added the German government would "continue to work for respect for human rights in Europe and the world."

Ruprecht Polenz, the former chairman of the Bundestag's Foreign Affairs Committee and a Christian Democrat, called the ruling "overdue."

"Turkey had even ignored a ruling by the European Court of Human Rights which had demanded the release of Kavala ... It is to be hoped that this verdict will direct the way forward for the Turkish justice system."

Sevgim Dagdelen,  a current member of the Foreign Affairs Committee and in the Left party, "welcomes" the acquittal, calling it a "sharp slap in the face for Turkish President Erdogan." 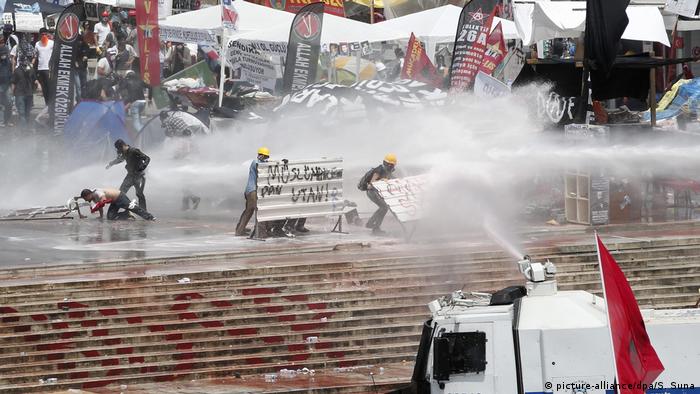 The 2013 protests began as part of an effort to protect one of Istanbul's last green spaces from being redeveloped into a shopping mall. The demonstrations then swelled into a nationwide anti-government movement against the then-prime minister Recep Tayyip Erdogan, Turkey's current president.

Kavala, children's development advocate Yigit Aksakoglu and architect Mucella Yapici had been facing life in prison without the possibility of parole. They had denied the allegations, saying they had a democratic right to protest.

The prosecutor had also demanded 15 to 20 years in prison for six other defendants, who were accused of aiding an attempted government overthrow.

"It's a great verdict. Acquittal was the only thing that could be just. This is the verdict we should have been given two years ago," Andrew Gardner of Amnesty International told The Associated Press. "We will have to see what comes next but today is a decision to celebrate.''