What′s left of the spirit of the Gezi Park protests in Turkey | Culture | Arts, music and lifestyle reporting from Germany | DW | 28.05.2018

A month before Turkish national and presidential elections, the mood in the opposition brings to mind the atmosphere of the Gezi protests five years ago, and artists, actors and writers keep fighting for change. 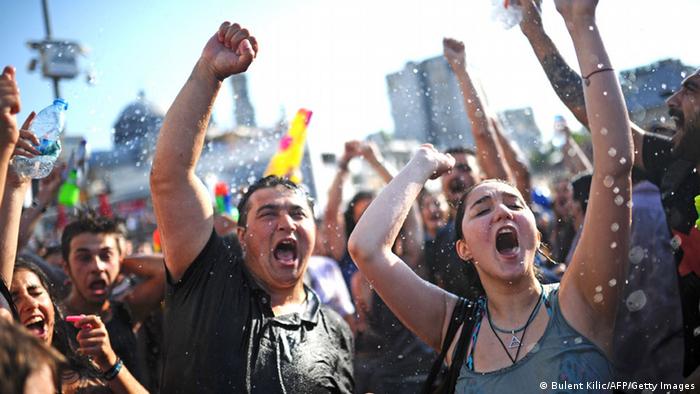 Just weeks before Turks head to the polls in national and presidential elections on June 24, the spirit of the Gezi Park protests is back.

A wave of hope and elation is rolling through the anti-government camp: Until recently, few people expected the AKP party, in power since 2002, to be replaced. Suddenly, however, the spirit of opposition that commanded the streets five years ago has been rekindled through social media.

Ironically, President Recep Erdogan himself gave rise to hopes when he declared earlier this month that the Turkish people elevated him to his position, "and if the say 'tamam' (enough), I will step aside."

On Twitter, supporters of the opposition took him by his word, making #Tamam a trending topic worldwide within hours. Ever since, the thousands of shared #Tamam tweets, retweets, memes and gifs serve as a sign that a change in government might be possible after all.

Five years ago, politicians, artists and writers used #OccupyGezi to voice criticism of the AKP's policies. The #Tamam movement, which the president's followers countered with #Devam ("continue"), is even more intense, and takes demands a step further, urging a concrete change of government. Observers however warn that elections are not won via Twitter but at the ballot boxes. An activist's cyber filter bubble does not reflect what Turkey thinks. But perhaps the opposition movement has matured over the past five years. Is a change of regime in the cards this time, as long as the polls are fair?

The AKP has consistently been consolidating its power since 2013, including a referendum on constitutional change that same year. The party has hardened its response to anyone who doesn't back party policies. Thousands of public officials, journalists and academics have been dismissed, many are detained, while others have left the country. People from the arts and entertainment community are among them, too.

Popular Turkish actor Fusun Demirel, born in 1958 and honored with various prizes, said in an interview three years ago that she would like to play the role of the mother of a guerrilla. She was never again offered a role at all, she says.

Like many of her colleagues, she supported the Gezi Park protests that rekindled the Turkey's activist spirit of 1968 and 1978. "After the protests, TRT state television no longer employed us," she says, adding that it appeared they had lists with names. "The actors who backed the Gezi Park demonstrations were blacklisted." 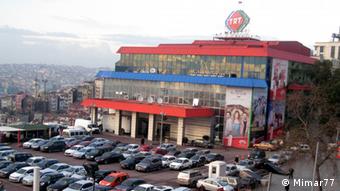 Actors say they are blacklisted by state TV broadcaster, TRT

The situation for people on the art scene hasn't improved, she says. "Those who voted 'no' in the referendum on the presidential system, and posted that via social media, lost their jobs," Demirel says, adding that both the state TV broadcaster and private broadcasters have sabotaged artists affiliated with the opposition — splitting the culture scene into two camps: either supportive or critical of the government.

Times are rough for the culture business in Turkey at the moment, she concludes.

Turkish writer Onur Orhan, born in 1975, lives in Istanbul and took part in the 2013 protests "where the real action was."

Afterwards, he wrote Just a Dictator, a one-person play staged throughout Turkey and Europe about a dictator preparing to present himself to the people. The play was banned earlier this year.

The Gezi Park protests have changed the country 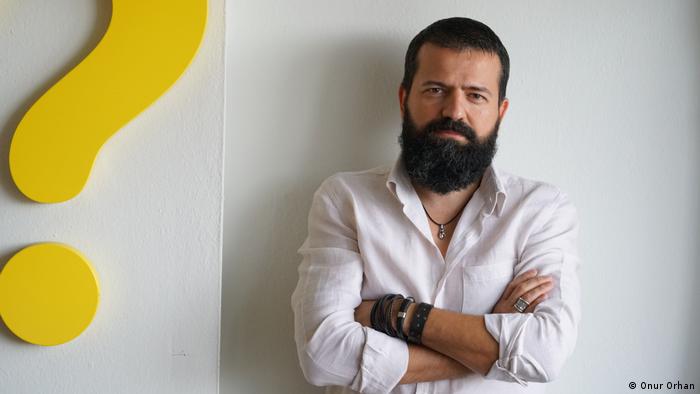 You see some of the consequences now, he adds, while people's children and grandchildren will still experience others. "One thing is certain: It will never be as if we hadn't experienced the Gezi Park protests."

The past five years have had a strong effect on artists and writers, he says. "It made them remember what art is," according to Orhan, adding that it seemed as if a vague notion of art suddenly achieved the clarity of a great childhood memory.

Artists suddenly faced many questions, the most important one being whether to continue as before, or find a new language, a new shape.

Concerning the elections, Orhan says people should "focus on the games ahead of us, like soccer players."

"It's always good to break the power held in a single hand," the writer concludes. "I want the opposition to win: We are the people!"

The Hamburg court ruling has said that parts of German satirist Jan Böhmermann's poem are an "attack" on Turkish President Erdogan. (15.05.2018)

How European is Istanbul?

Europe and Turkey have a lot in common. Istanbul for one. The metropolis of 15 million is not merely geographically part of Europe. A foray through the city of contrasts. (26.03.2018)