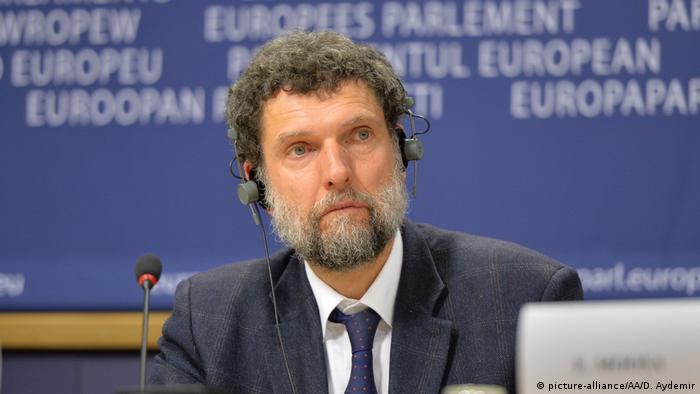 A Turkish court ruled on Tuesday that philanthropist businessman and human rights defender Osman Kavala must remain behind bars.

The ruling goes against a European Court of Human Rights (ECHR) ruling in favor of his release earlier in December.

Kavala has been in pre-trial detention for two years for "attempting to overthrow the government." He is accused, along with 15 other defendants, of instigating and financing the 2013 Gezi Park anti-government protests. Kavala is the only defendant still behind bars.

The ECHR ruling is technically binding on Turkey as a member state of the Council of Europe.

The local court said in its ruling that it needed to wait for the Justice Ministry to confirm whether the ECHR decision is final.

Kavala's next hearing is now scheduled for January 28. If convicted, the charge carries a potential life sentence.

Kavala told DW earlier in December that he has no doubt he will be acquitted.

"To claim that the Gezi protests were planned, financed and carried out by foreign powers with the goals of bringing down a government is a completely nonsensical accusation," he said.

"I'm the only person still in custody because of the Gezi protests, in which more than 3 million people took part," he added. "That shows how absurd the whole thing is."

Two police officers said during an earlier hearing at the high security Silivri prison that they did not see Kavala partake in violence during the protests, nor could they confirm that he was an organizer.

The 2013 protest began to protect Gezi Park in Istanbul, but quickly developed into wider anti-government movement that spread across Turkey. At least 11 people were killed and thousands were injured.