The 13 people arrested were reportedly accused of trying to create "chaos and mayhem" and overthrow the government. More than 50,000 people have been arrested in Turkey since a failed coup attempt in 2016. 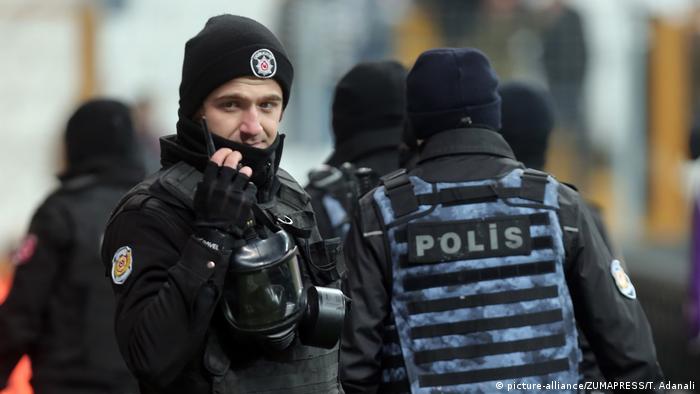 The European Union has called for the immediate release of 13 people arrested by Turkish police for alleged links to the businessman and activist, Osman Kavala, during early morning raids on Friday.

Police had issued arrest warrants for 20 people associated with Kavala's Anatolia Culture Association prior to the raids, according to Turkey's DHA news agency.

They are suspected of "creating chaos and mayhem" and "seeking to overthrow the government," state-owned Anadolu Agency reported. The Cumhuriyet newspaper said they were also accused of trying to bring in foreign "activists" to support anti-government protests.

The dean of the law school at Istanbul Bilgi University and mathematics professor Betul Tanbay, who also serves as the vice president of the European Mathematical Society, were among those arrested.

Kavala, Anatolia Culture Association's chairman, was arrested more than a year ago but has not yet been charged with any crime.

He is accused of working with foreigners in a 2016 failed coup attempt against Turkish President Recep Tayyip Erdogan and supporting anti-government protesters who rallied in Gezi Park in 2013.

The European Parliament's Turkey rapporteur, Kati Piri, also denounced Friday's arrests, writing in a tweet that they were "another brutal assault on Turkish civil society."

Opposition lawmaker Sezgin Tanrikulu wrote in a tweet that "those who expect normalization from this regime should continue to dream."

Separate raids in the capital Istanbul ended with the arrest of 14 people accused of financing "terrorism" in connection with Fethullah Gulen, according to DHA. Erdogan accuses the exiled Islamic cleric of orchestrating the 2016 coup.

Other anti-Gulen operations on Friday saw police arrest 17 people in the city of Izmir and another 86 people, most of them military personnel, across the country, Anadolu and DHA reported.

Turkish authorities have arrested more than 50,000 people working in academia, journalism, the military, the civil service and human rights organizations as part of a broad crackdown following the 2016 coup.