Turkish police have detained prominent businessman and rights activist Osman Kavala for questioning. Kavala's lawyer said it was unclear what his client is accused of. 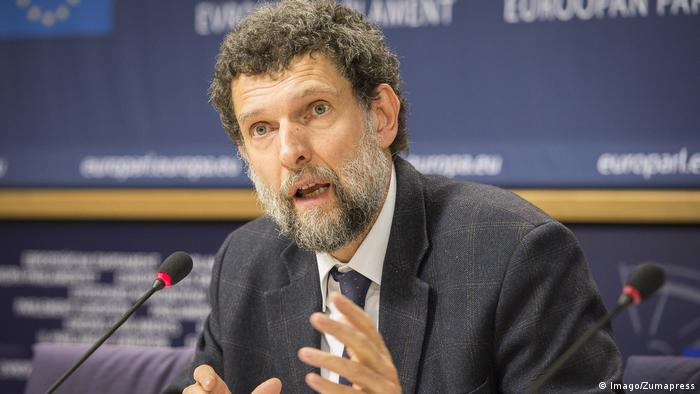 Turkish media reported on Thursday that prominent civil society figure and businessman Osman Kavala was detained late Wednesday at Istanbul's Atatürk Airport upon returning from the southeastern city of Gaziantep.

Kavala has been remanded in custody for seven days ahead of a court hearing, Agence France-Presse news agency reported, citing his lawyer Ferat Cagil.

Cagil said the reason for the detention remained unclear.

"The case is confidential. Whatever is said would be speculative now. We will find out when he testifies," he said.

Tens of thousands of people have been arrested and many more dismissed from government jobs in Turkey as part of a massive crackdown by the government following last year's failed military coup.

The arrests, including those of several Germans, have sparked international concerns about the deterioration of democracy and free speech under increasingly authoritarian President Recep Tayyip Erdogan.

Kavala is the chairman of the Anadolu Kültür (Anatolian Culture) center, which campaigns for rights and cultural diversity including Kurdish issues. Local media reported that Kavala had gone to Gaziantep to discuss a project with Germany's cultural outreach organization, the Goethe Institute.

"Very disturbing news that Osman Kavala has been detained in Istanbul," The European Parliament's rapporteur on Turkey, Kati Piri, wrote on Twitter.

France's foreign ministry also expressed concern at Kavala's detention. It called him "one of the most important and respected figures of the Turkish cultural scene and of civil society."

"France, like other European countries, regularly cooperates with Mr. Kavala, who is a regular interlocutor to our embassy. (We) will be very attentive to developments in this case," foreign ministry spokeswoman Agnes Romatet-Espagne told reporters.

German Chancellor Angela Merkel has called for the EU to cut funding for Turkey linked to its bid to join the bloc. While raising concerns about the rule of law in the country, she praised Ankara's support for refugees. (19.10.2017)

Miss Turkey loses title for a tweet too far

She was set to represent Turkey at the Miss World competition in China. But organizers of the Miss Turkey pageant changed their minds after finding an old tweet about last year's failed military coup. (23.09.2017)

The consequences of the July 15, 2016 coup attempt in Turkey were drastic - and are still visible one year later. DW takes a look at the facts and figures following the events that have shaken a traumatized country. (15.07.2017)

The German Interior Ministry has chided Cologne police for being too tolerant of Kurdish PKK images displayed at a festival in the city. The government also now wants to amend its list of banned symbols. (20.09.2017)

Turkey has arrested 14 lawyers whom Ankara accuses of having terrorist ties. The case is related to that of two jailed teachers on hunger strike and adds to an unknown number of lawyers now sitting in Turkish prisons. (21.09.2017)

As Turkey marks one year after the coup attempt, much remains obscured about what exactly happened on July 15, 2016. Some of the questions go right to the highest level. (15.07.2017)

The German journalist and translator Mesale Tolu's trial has started in Turkey. She has been in a Turkish jail since April. Her lawyer, Ezgi Gungordu, spoke to DW about filing for her release. (11.10.2017)

Officials working in Germany's immigration authorities pass on information about Turkish asylum seekers to the Ankara government, according to press reports. Turkish spies may have infiltrated German authorities. (16.10.2017)

An Istanbul court has been hearing the final statements in a long-running case against Turkish entrepreneur Osman Kavala.