Turkey holds thousands in solitary in Erdogan′s prisons | Europe| News and current affairs from around the continent | DW | 07.05.2019

In Turkey, thousands of prisoners are being held in solitary confinement. Conditions are so harsh that some prisoners consider dying by suicide. Turkey's government has offered no comment. 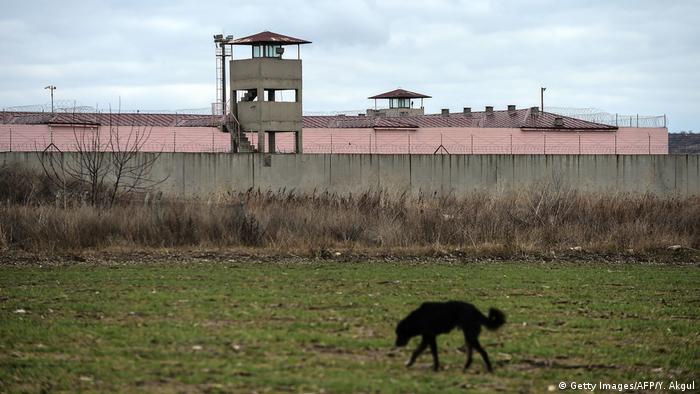 "My living conditions are getting worse by the day, and I feel increasingly poor," Muzaffer Ozcengiz wrote from his prison cell. "I have a right to live, and so I demand to be transferred back to a communal cell."

The 58-year-old teacher died on April 27 in solitary confinement at Corum, a maximum security prison in the Black Sea region. He was kept isolated from his fellow inmates for 14 months "without any justification," he wrote, adding that solitary confinement had made him ill, leaving him no option but suicide.

Those were his last words — Ozcengiz died two days after sending the judge the letter beseeching him to end his isolation.

He had been in jail for two years. Ozcengiz was sentenced to 12 and a half years in prison after officials accused him of membership in the banned Gülen movement. The teacher appealed the sentence, but the appellate court has yet to announce a ruling. The farewell letter was made available to DW by Omer Faruk Gergerlioglu, a member of parliament for the Peoples' Democratic Party (HDP), which advocates for Kurds and other excluded minorities in Turkey.

There are no official figures on the number of prisoners in solitary confinement or how many people die by suicide in prisons in Turkey, but observers told DW that an estimated 3,000 inmates are being held in isolation.

The press reports frequently about deaths similar to Muzaffer Ozcengiz's.

On April 19, for example, Zaki Y.M. Hasan, a retired brigadier general, died at the Silivri prison. He was accused of espionage for the United Arab Emirates, and he, too, died by suicide after spending a long time in solitary confinement.

For years, government officials have been forbidden from releasing information on the conditions of prisoners in solitary confinement, the HDP's Gergerlioglu, a lawmaker who advocates improving prison conditions, told DW. There has been a sharp increase in the number of inmates in solitary confinement since Turkey's postcoup state of emergency was declared in 2016. "We do not, however, know the exact number," Gergerlioglu said.

Ezgi Yusufoglu, a sociologist who researches the lives of prisoners with life sentences, told DW that conditions in solitary confinement are very harsh: "Contact with other prisoners is strictly forbidden, and only first-degree relatives are allowed to visit."

Yusufoglu said she had no new data on the number of prisoners held in solitary confinement. Five years ago, the Justice Ministry reported the number at 1,453 inmates.

In 2018, about 260,000 prisoners were held in 385 prisons, according to Turkey's Justice Ministry. The prisons' capacity was reported to be 111,000 inmates — a number that was almost doubled by adding bunk beds and mattresses on the floor. The government has announced that it will build 100 new prisons.