Journalist Ahmet Altan mulls freedom in a Turkish prison | Europe | News and current affairs from around the continent | DW | 03.05.2019 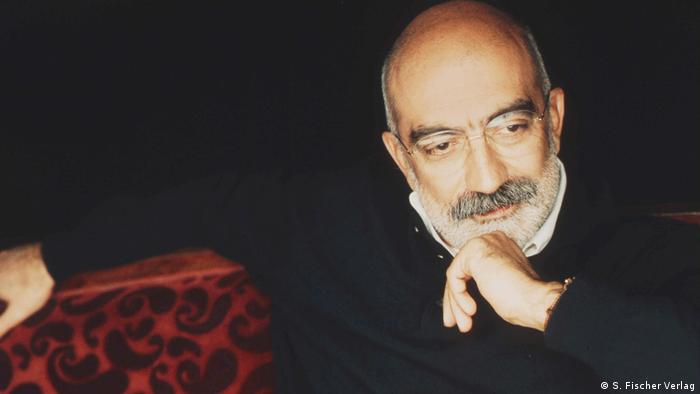 The sentence that belongs to you alone!

Ask a person who has lost their freedom to define freedom, and you will probably get a text full of bitterness and longing.

But it shouldn't be that way.

On the first day of a teaching assignment at the University of Michigan, I told my students, "If any of you succeed in finding a sentence that has never been said before, I will buy that sentence from you for $1,000." 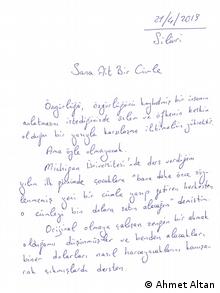 Ahmet Altan wrote this essay for DW in the Silivri high security prison.

They probably thought I was just some rich idiot trying to be original. As they filed out, they joked about how they were going to blow their thousand dollars. But in the whole of that academic year, not one student was able to come up with a new sentence. Every time a student produced a sentence they thought was new, we discussed it in class and concluded that it wasn't.

In this way, they became conscious of the limitations of their minds, which they had not been aware of until then. They understood that, so far in their lives, they had always just repeated sentences that had already been said. They belonged to others.

The vast majority of people live within the narrow limitations of their minds, repeating sentences that belong to others. Every political power – no matter which religion, ideology or class it belongs to – wants life to carry on just as before, without a "new" sentence being added to it.

In free countries, people have the freedom to make a free decision to choose sentences that have already been said. With this kind of freedom, they don't question all that often whether the sentences belong to them. 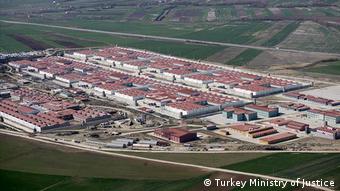 In my view, freedom means realizing that it's worth making an effort to look for a new sentence. We should try our best to do this. It can be done in even the most difficult conditions – even if you're in prison.

I recommend to everyone who, for whatever reason, feels trapped, oppressed, or distressed to look for a sentence that belongs to them alone. It may be that they won't find that sentence, but just searching for it is, in itself, comforting and cheering.

Because freedom is pleasurable. And this pleasurable freedom can only be found in adventures in our own minds. No matter how thick the walls around you are.

A Turkish journalist, intellectual and writer, Ahmet Altan was arrested after the failed coup of July 15, 2016. He was accused of disseminating "subliminal messages" in a television program the day before the attempted coup. Authorities claimed Altan knew about the coup in advance. As a result, he was sentenced to life imprisonment for "attempting to topple the constitutional order of Turkey." Altan has been in prison for 953 days.

Across Europe and much of the world, journalists are facing increased hostility, but progress in Africa is a sign for hope. That's according to the latest World Press Freedom Index compiled by Reporters Without Borders. (18.04.2019)

Journalism is under threat in Turkey, not least because 1 in 4 journalists is out of a job. An EU-funded program called "Media for Democracy," or M4D, aims to protect journalists — though it faces multiple challenges. (14.04.2019)