A report by the Council of Europe has found 2018 to be the worst year for journalists in Europe since the Cold War. It urged "urgent action" to protect workers from attacks it said are becoming more frequent. 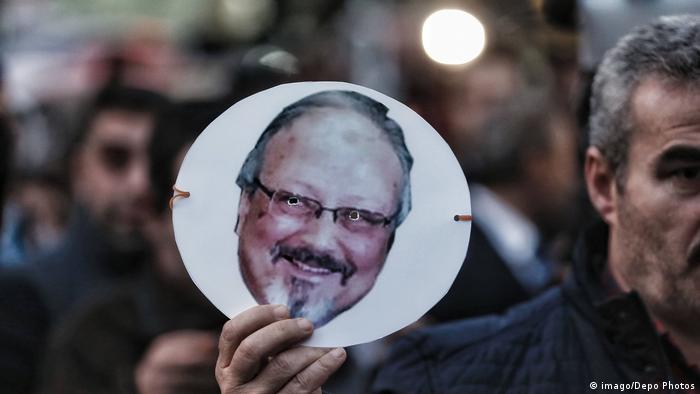 The 2019 Council of Europe report, titled "Democracy at Risk," has found that press freedom in its member states is in "dire condition" – its worst since the end of the Cold War.

The report, produced in partnership with the Platform for the Protection of Journalism and Safety of Journalists, said the number of attacks on journalists had increased sharply in the past year, almost doubling in number.

Two journalists were killed in 2018 over their work: Slovak investigative journalist Jan Kuciak and Jamal Khashoggi, whose death in the Saudi Arabian consulate in Istanbul remained under investigation.

The Platform was alerted to dozens of other attacks, many of which fell in the severest "level 1" category. Among these incidents were a car bomb, knife attack, an arson attack and the ramming of a national newspaper’s building.

But the assaults are not just physical in nature. The report said that "2018 saw a clear trend towards verbal abuse and public stigmatization of the media and individual journalists in many member states."

"Examples of verbal abuse by political leaders in 2018 include voicing regret that journalists were not yet 'an extinct species,'  publishing lists of journalists who dared to be critical of the government and describing them as 'traitors' and making threats to reduce sources of public funding to the press on the ground that it 'pollutes public debate… with public money,'" it read.

According to the Platform, 130 journalists were still in detention as of December 31, the bulk of them in Turkey.

The country remained "the world’s largest imprisoner of journalists," with over 200 journalists detained since the attempted coup of 2016, the report said.

Impunity, defined in the report as "the failure by state authorities to identify, prosecute and punish all those… responsible for the crimes of violence against journalists," had reportedly not improved. This was despite all 47 Council of Europe states pledging to take steps to eradicate it in 2016.

Read more: Attacks on journalists in Germany on the rise