After prolonging the state of emergency seven times, Ankara finally ended the measure introduced after the 2016 coup attempt. However, the state now aims to keep many emergency powers in place with a new anti-terror law. 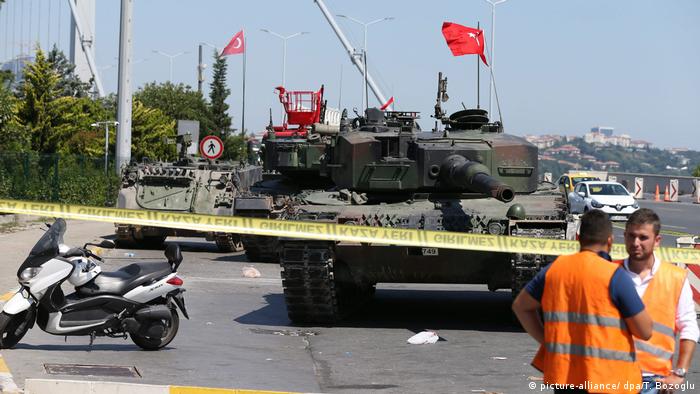 The Turkish government allowed for the state of emergency to expire early Tuesday, two years after President Recep Tayyip Erdogan had imposed it in response to a failed military coup that claimed over 200 lives.

Following the attempt on July 15, 2016, the government launched an unprecedented crackdown on its participants and their allies, with the imposition of emergency rule declared five days later. The purge was quickly expanded to include supporters of the exiled Turkish cleric Fethullah Gulen, whom the government blames for organizing the coup. Turkish authorities also went after Kurdish sympathizers, journalists and leftist activists.

Over 77,000 people were arrested, and 110,000 civil servants, including police, military officers, academics, prosecutors and judges were fired from their jobs.

The government had asked the parliament to prolong the state of emergency seven times, each time adding another three months for its security forces to use sweeping emergency powers. Earlier this month, the government fired 18,632 people, mostly police and military, for suspected links to terror organizations and groups that "act against national security."

No protest after dark

Even as the state of emergency expired on Thursday, however, the government was preparing a new, tough anti-terrorism bill that would see the authorities retain some of the emergency powers.

"The end of the state of emergency does not mean our fight against terror is going to come to an end," said Justice Minister Abdulhamit Gul.

The government-backed bill, which is set to be introduced to the parliament next week, allows authorities to dismiss judges, members of the military or ministry employees under conditions similar to the emergency regime if they are believed to be linked with terror groups.

Protests and public rallies would be banned in public areas after sunset, although organizers would be able to seek an exception if the event does not disturb the public order.

Local officials would be able to prohibit individuals from entering or leaving a certain area for 15 days, and the police would be able to hold a suspect for up to 12 days without a charge.

These powers would stay in place for at least the next three years.

Turkey's main opposition party, the CHP, accused the government of only pretending to lift the state of emergency.