EU throws unemployed journalists in Turkey a lifeline | Europe | News and current affairs from around the continent | DW | 13.04.2019

Journalism is under threat in Turkey, not least because 1 in 4 journalists is out of a job. An EU-funded program called "Media for Democracy," or M4D, aims to protect journalists — though it faces multiple challenges. 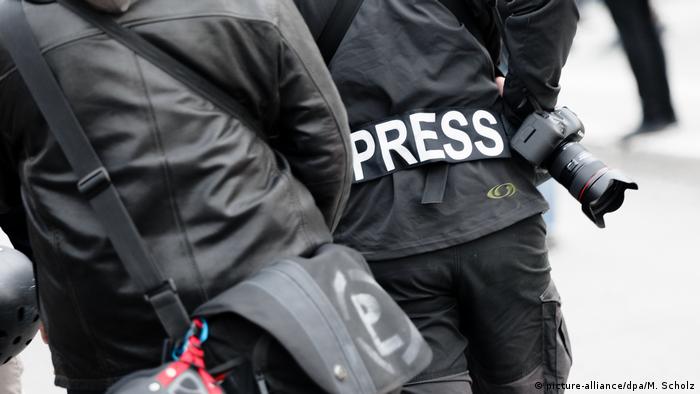 Ersan Atar spent 22 years working as a court reporter and loving his profession. But then, like that of many other journalists in Turkey, his career came to a sudden end.

For reasons that went unexplained, the 46-year-old lost his job and was forced to completely reorient himself professionally. After four months, he found a job working in olive oil production. The former journalist has come to terms with his new line of work.

"Perhaps it sounds a little cynical, but in my last years as a journalist, I always had the feeling that I was harming someone. It always caused me a certain uneasiness. But now I can produce something that benefits people." 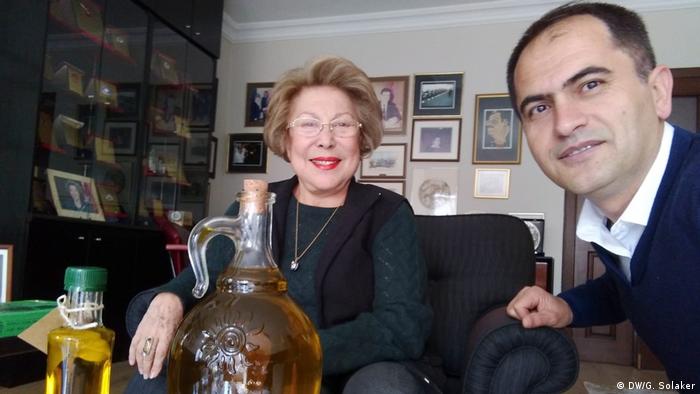 According to figures from the Turkish Statistical Institute, in 2018 journalists were the second-largest occupational group facing unemployment after social workers. In just one year, the number of unemployed journalists rose by 4.7 percentage points to 23.8%.

According to Baris Yarkadas, a representative from the social democratic Republican People's Party (CHP) who is also a trained journalist, the quota is even higher: "In my estimation, the figure is actually between 25 and 30%."

The politician told DW that "of 10,000 journalists, at least 3,000 are unemployed, and it looks as if this number will increase."

The industry is dominated by ever-growing media cartels, and plurality is falling by the wayside. The July 2016 coup attempt against President Recep Tayyip Erdogan led to mass shutdowns of media and press houses. The weakening of trade unions in Turkey has further exacerbated the problem.

Yarkadas, whose CHP party opposes Erdogan, speaks of 173 media outlets that have closed and 800 journalists who have lost their professional accreditation. Yarkadas sees this as the main reason why unemployment among journalists has skyrocketed. 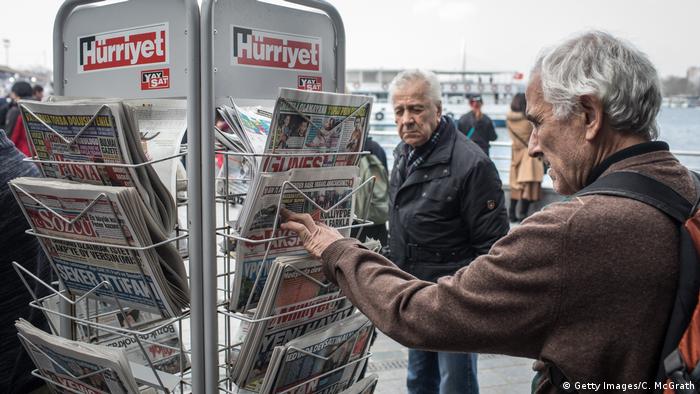 The Turkish Journalists' Association (TGC) has taken action to address the problem with the "Media for Democracy/Democracy Program for Media," nicknamed M4D.

The program, which launched on April 1, aims to promote diversity in Turkish media, strengthen freedom of the press and support journalists in their work, including by helping those who are unemployed build freelance careers.

"Our intention is not to give away fish; instead, it is to teach people how to fish. We want to show Turkish journalists that we honor their efforts and recognize them," said M4D coordinator Yusuf Kanli, who is a journalist himself.

Under the program, journalists can produce up to five articles per year to be published on the news page of the TGC, which was established especially for journalists. M4D provides them with technology and materials for this.

In addition, a "press house" has also been set up under the auspices of the TGC and is scheduled to launch on April 17. In it, freelance journalists, photographers and camera operators will be able to use studios, computers, software, meeting rooms and expert support provided by M4D.

The program is financed by the European Union (EU).

"Freedom of expression and freedom of the press are indispensable parts of a democracy, and therefore we must help," Christian Berger, the head of the EU delegation in Ankara, told DW. "Freedom of the press is a central principle of the EU and an important factor on the road to EU accession," he said, referencing Turkey's long-term efforts to join the EU. 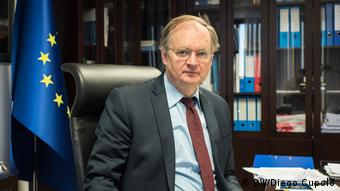 Berger is the head of the EU delegation to Turkey

Berger added that M4D is essential to protecting the fundamental rights of journalists, correcting the weaknesses of the industry and improving the working environment.

Program coordinator Kanli explained that a lack of solidarity and collective organizing also contributes to unemployment among journalists.

Kanli is critical of the fact that only 7 percent of Turkish journalists are members of a trade union. "This means that just a single word from the boss or from a politician is enough [to end a journalist's career.] We also want to solve the problem of inadequate organization."

There is one essential requirement for journalists to be able to take advantage of M4D's benefits: They must be members of a trade union or journalists' association.

Despite all of this, ex-journalist Atar has no intention of returning to his former profession, though he does hold out hope for the younger generation of his colleagues: "I hope that journalists in Turkey will soon live in a time in which their fundamental rights, such as freedom of the press and freedom of expression, will no longer be infringed upon by anyone."

Two German journalists have left Turkey after their press credentials were not renewed. Berlin has condemned the decision as unacceptable, saying journalists should be allowed to do their work unhindered. (10.03.2019)

In the decisive hours after Turkey's recent municipal elections, the state news agency stopped publishing voting results. Critics believe the country's ruling party could be to blame for the silence. (03.04.2019)

German journalists: 'The goal here is to influence reporting'

Cartoonists for free media in Turkey