The success or failure of a pro­-Kurdish party will be a key factor in Turkey's upcoming elections. But divisions mean real challenges for a peaceful Kurdish society, writes Jacob Resneck in Diyarbakir. As Turkey heads into elections a pro-­Kurdish party's performance could swing the election. But while the forward momentum of the Peoples' Democratic Party (HDP) could be historic in bringing Turkey's Kurdish minority closer to achieving linguistic and cultural rights, the left-leaning party is not the sole voice representing the country's Kurds, analysts warn.

"Kurdish society is not homogenous," Gareth Jenkins, an Istanbul-­based researcher with the Silk Road Studies Program at John Hopkins University told DW. "Both inside Turkey and internationally there's a tendency to take a simplistic approach toward the Kurds and say the HDP is synonymous with the Kurds and they are not."

The HDP's socially liberal platform is distrusted among religiously conservative Kurds. And HDP's links to the outlawed Kurdistan Workers' Party (PKK) further alienates Kurdish tribes who allied themselves with Turkish security forces in the war against the PKK.

The PKK - listed as a terrorist organization by Turkey, the European Union and United States - declared a ceasefire and its imprisoned leader Abdullah Ocalan renounced violence in February, but deep divisions remain under the surface. 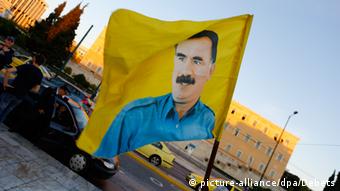 Kurdish divisions could be a key factor in the election

Last October when widespread anger over the Islamic State's assault on the Syrian city of Kobani boiled over into deadly violence. PKK sympathizers and Islamist Kurdish militiamen fought gunbattles in the streets of Diyarbakir and other towns and left at least 30 people dead.

Zekeriya Yapicioglu, chairman of the Huda Par (Free Cause Party), the legal arm of the outlawed Hezbollah militia in Diyarbakir, says he blames both the government and PKK sympathizers for the violence.

"It was a trauma and there are people who want us to forget what happened. But this election is about more than that," Yapicioglu, an independent parliamentary candidate, told DW. "There are fears of instability, especially as the government didn't do anything for 48 hours during the Kobani riots."

If the HDP enters parliament and tries to impose its ideas on Kurds as a whole, Jenkins argues, it could inflame tensions with Islamists loyal to Hezbollah that have a history of antagonism with the PKK. Or if the HDP fails to enter parliament and returns to street-­level activism they could clash with religious hardliners.

"Both of those scenarios have the potential to lead to tensions with Hezbollah in terms of street clashes," Jenkins said.

Meanwhile, the HDP accuses Turkish President Recep Tayyip Erdogan of using fiery rhetoric to court nationalist and religious voters, a tactic which is dangerous in terms of polarization.

"The central crisis is Erdogan's polarization, and how that could be demonstrated on the streets," said Osman Baydemir, a former mayor of Diyarbakir who is running as an HDP candidate in Sanliurfa.

Like much of Anatolia, Kurdish society has been traditionally organized into tribes which could vote in blocks encompassing entire villages and districts.

But as Turkey's rural population migrated from the villages to towns and cities looking for better opportunities for work and education, tribal affiliations have weakened. 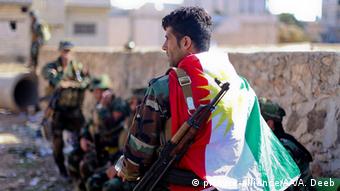 The Kobani riots left a deep scar on Turkish society

Parliamentary candidate Ali Murat Bucak is a member of a powerful clan centered in the southeastern town of Siverek. He says that while tribalism is still a factor in elections, it's now decreasing.

"It's not the old days when a tribe would give all its votes to one leader," Bucak, who is running as a candidate for the main opposition Republican People's Party (CHP), told DW.

The high cost of instability

The long-running conflict in Turkey's southeast has seen no winners and many losers. Diyarbakir, a city of nearly a million people and historically the administrative and economic capital of southeast Anatolia, has lagged in investment compared to its neighbors to the east and west. "Without solving the Kurdish problem, we cannot have economic development in this region," Muhsin Kocyigit, a former senior civil servant running as a parliamentary candidate with the CHP in Diyarbakir province, told DW.

The HDP is seeking a strong political voice in the capital Ankara for Kurdish rights as a minority nation. But fault lines within Kurdish society mean the party will have to tread carefully to avoid destabilizing communities in the southeast.

"One of the fears about the post­-election situation, particularly if the HDP does very well, is that it will then try to impose its ideas on all of society," Jenkins said.

Logistical support for this report was provided by the Independent journalism (P24), an Istanbul-based, nonpartisan association whose stated mission is to assist in independent reporting in Turkey.