Turkey's ruling AK Party will face its toughest electoral challenge next month. The key factor in the AKP's success will be whether a pro-Kurdish party will make it into parliament. Jacob Resneck reports from Turkey. 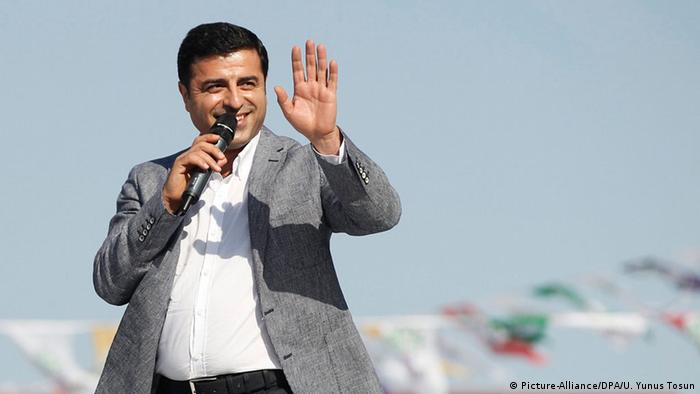 To get around an election law calling for political parties to earn 10 percent of the vote to enter parliament, smaller Turkish parties have typically run individual candidates as independents.

But this year, the pro-Kurdish Peoples' Democratic Party (HDP) has entered the race as a national party in a wager that will either herald an unprecedented power bloc for Kurdish nationalist parliamentarians or hand its votes to electoral rivals after the poll on June 7.

"The most important factor in this election is going to be the HDP - whether it will get over the 10-percent threshold or not," said Behlul Ozkan, an assistant professor of politics at Marmara University in Istanbul. "This could change the arithmetic in the parliament."

But more than a political election is at stake.

A precarious 2012 ceasefire between the outlawed Kurdistan Workers' Party (PKK) and the Turkish state teeters on a knife's edge. The conflict has claimed the lives of at least 40,000 people, and while no one wants a return to hostilities, rival camps have warned that much hinges on next month's polls.

"If the AK Party government loses power because the HDP passes the threshold, there will be no settlement process," Akdogan said in a televised address to voters Thursday.

The HDP operates unofficially as the legal political arm of the PKK, which is listed as a terror group by Turkey, the US and the EU, but it still enjoys strong electoral support in Turkey's southeast where ethnic Kurds are concentrated. 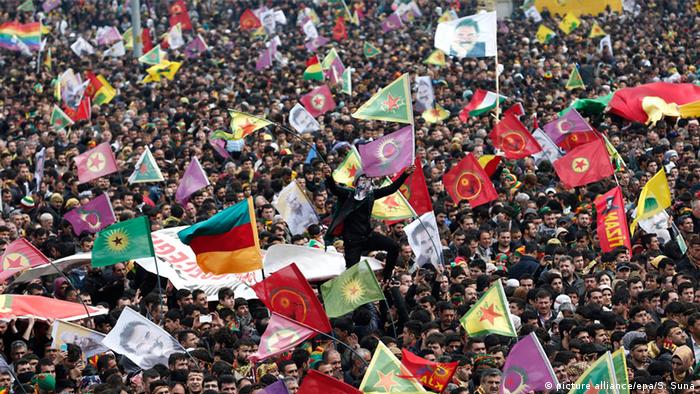 The PKK's leadership has renounced violence but has said it will not lay down its arms as long as the government stalls on promised reforms over rights for minority languages, cultures and broad autonomy for the regions.

Former law professor and HDP candidate Mithat Sincar said his party's ability to overcome the 10-percent barrier will be key in convincing rank-and-file Kurdish nationalists that the solution to normal relations with Ankara is political, not military, and that a solution can be reached with non-violent means.

"We have to enter parliament to prevent a return to violence," Sancar told DW in Mardin, a mixed city of Kurds, Arabs and Assyrians. "The base of this party has sympathizers of the PKK. That's a sociological fact - not a political choice."

In the southeastern region, the Islamist-rooted AK Party has fielded candidates with strong ties to the Kurdish nationalist movement.

After the pro-Kurdish party of which he was a member was shut down by the courts in 2009, Kurdish politician Orhan Miroglu had been banned from politics. This year, he was allowed to join the AKP as a candidate in the Mardin province - but he said tensions are high and there are real dangers of a return to violence.

"The PKK uses democratic language, but in Siirt they killed a village leader, and there are people who are worried about their safety," Miroglu told DW, referring to April's unsolved shooting death of a 42-year-old elected official.

The majority of attacks so far have been directed at the HDP, which has reported more than 100 attacks against its party offices. The most severe was twin bomb attacks May 18 against its offices in Mersen and Adana which wounded three people, one seriously.

Turkey's government has blamed a banned left-wing group for the bombings, while HDP leadership has pointed to possible connections with militant Islamists - and, by extension, the ruling AKP.

"It was not the first attack and we're calling for it to be the last attack," Osman Baydemir, a former mayor of Diyarbakir and HDP candidate in the city of Sanliurfa told DW. "We're never going to answer to these provocations, never going to resort to violence."

Adding another wrinkle is the political ambition of Turkey's President Recep Tayyip Erdogan who ruled Turkey as prime minister for more than a decade.

Party rules prevented Erdogan from remaining prime minister, so following last year's election as president, he has been crisscrossing the country arguing that Turkey needs to change the constitution and institute a strong presidency to allow him to continue as leader.

But the AKP would need at least 400 deputies out of the 550 members of parliament in order to amend the constitution. That looks unlikely as separate polls this week give AKP between 42 percent and 40.5 percent, far short of the super majority envisioned by the Turkish president.

Should the HDP enter parliament, the AKP's position would be severely weakened and Erdogan's political career would be jeopardized as his allies would be unable to prevent a parliamentary inquiry over corruption allegations implicating Erdogan's inner circle.

"If they get below 276 MPs, that means coalition and that also means that the large-scale corruption allegations of AKP will go to the Constitutional Court," political scientist Ozkan told DW. "And with the support of the three oppositional parties to prosecute, that would trigger a huge set of problems for Erdogan and the AK Party's leadership."

Former mayor of the border town of Cizre, Seyyid Hasim Hasimi is an AKP candidate in the Diyarbakir province. He sits in his suburban campaign office flanked by about 100 supporters who hang on his every word.

A veteran of Islamist-rooted parties, Hasimi said Erdogan has the unique strength as a leader to break old taboos and overcome resistance to finding a long-term answer for Turkey's Kurdish question.

"There's blood at stake, we have a lot of that behind us," Hasimi said. "There's a need for a strong hand to put things on the right path and Erdogan is the one to make this happen."

But HDP candidate Idris Baluken in Diyarbakir said the peace process can't be imposed from above.

"When the AKP moves toward authoritarianism, there's no chance for the peace process to work," Baluken told DW. "You have to talk to people and get their views."

Logistical support for this report was provided by Platform for Independent Journalism (P24),an Istanbul-based non-partisan association whose stated mission is to assist in independent reporting in Turkey.

Four Turkish soldiers have been injured in clashes between the army and Kurdish militants in the far east of the country. The incident has dealt a blow to the fragile peace process. (11.04.2015)

In Turkey, two explosions at separate offices of a pro-Kurdish party have injured several people. The party's predicted success at upcoming elections could have consequences for the ruling administration. (18.05.2015)

Protests and deaths around Turkey over handling of Kobani

Four days of violent protests across Turkey have claimed at least 30 lives. Demonstrators are angry at the government's policy towards the besieged Syrian town of Kobani and its Kurdish refugees. (10.10.2014)