Turkey's Kurds await a historic declaration from Abdullah Ocalan, the jailed Kurdistan Workers' Party leader. Is it the last chance for peace between Ankara and its frustrated Kurds? Noah Blaser reports from Istanbul. 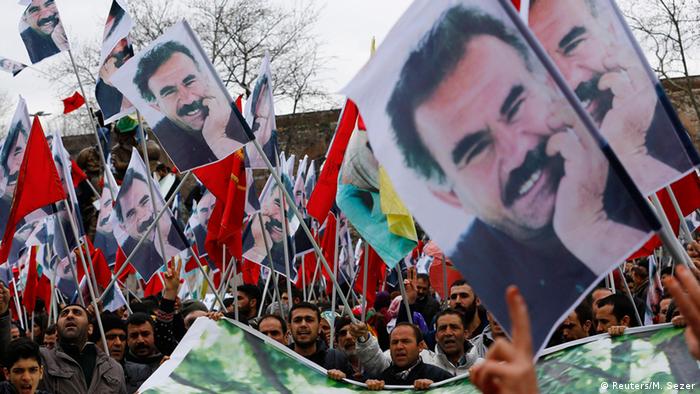 When Abdullah Ocalan, leader of the insurgent Kurdistan Worker's Party (PKK), was captured by Turkish agents in Kenya on February 15, 1999, many expected a swift trial and summary execution. But the guerrilla leader urged his captors for mercy, vowing to disarm the group whose battle with the Turkish state has cost over 40,000 lives since 1984.

On March 21, after 15 years of confinement on an island prison in the Marmara Sea, Ocalan may come the closet yet to fulfilling the promise which saved his life.

As millions gather in the majority Kurdish city of Diyarbakir for the spring festival of Newroz, Kurdish politicians are expected to read a letter from Ocalan calling for the withdrawal of PKK fighters from Turkish territory.

The declaration will provide Kurds with a "final chance" for peace with the Turkish state, said Pervin Buldan, a senior Kurdish negotiator, in comments to the Turkish press this week.

Lieutenants in the field

Ocalan's call will be far from unconditional, and Ocalan's lieutenants in the Kandil mountains of Iraq will hold a congress to hash out the details of disarmament later this year.

Talk of peace is complicated by war across the border in Syria and Iraq, where hundreds of PKK fighters have died fighting the self-declared "Islamic State" (IS).

"The transfer of military operations to Iraq and Syria is tricky, but possible," Sinan Ulgen, a former Turkish diplomat now with the Carnegie Endowment for International Peace, told DW. "And the PKK certainly does not want a battle in Turkey while it is fighting in Iraq and Syria."

Though Turkey considers the PKK a terrorist organization, it has enjoyed a two-year ceasefire with insurgents, and last year approved legislation which made peace talks legal.

Despite those advances, many Kurds will feel the pangs of déjà vu as Ocalan's declaration is read on Saturday.

At Diyarbakir's Newroz celebrations in 2013, Kurdish politicians read out a 20-page letter from the guerrilla leader, similarly calling for an end to the armed Kurdish struggle.

PKK militants began to withdraw from Turkey later that year, but reversed course amid Ankara's refusal to enact a series of pro-Kurdish reforms.

Already in 2015, Kurds have voiced concern at Ankara's commitment to reform. On March 15, Turkish President Recep Tayyip Erodgan declared in a speech that "there has never been any problem called the Kurdish issue in this country," blaming "international efforts" for the divisions between Turks and Kurds. 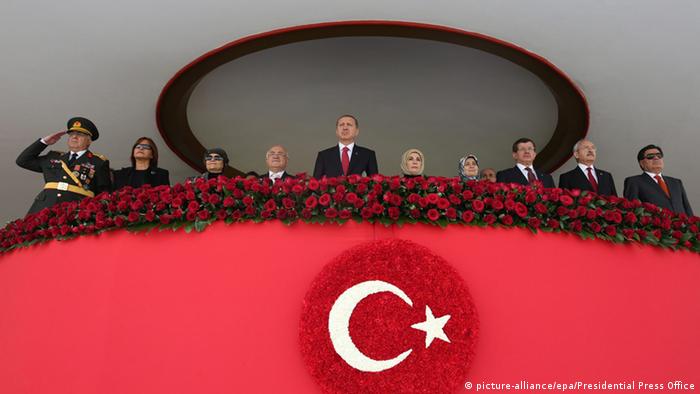 Erdogan has angered Kurds by denying there is a problem

That bluster has infuriated lawmakers of the pro-Kurdish Peoples' Democracy Party (HDP). "Now he says there is no problem. How can you have negotiations when you refuse to acknowledge that there is a problem at all?" asked Ertugul Kurkcu, an HDP deputy.

Erdogan's words are likely a tactic to win nationalist votes ahead of Turkey's June parliamentary elections, suggests the Carnegie Endowment's Ulgen. In 2005, the then-prime minister became the first leader in Turkish history to publicly speak of a "Kurdish problem" and admit that the state had "made mistakes" in its treatment of Kurds.

But Kurdish distrust of Erodgan has been at historic highs since October, when militants of the Islamic State laid siege to the Syrian-Kurdish border town of Kobani.

Ankara declined to participate in a US-led campaign to aid the besieged farming hamlet, whose PKK-linked defenders would be denounced by Erdogan as "the same as [the Islamic State] in the eyes of Turkey." Over 40 would die in Kurdish riots later that month. 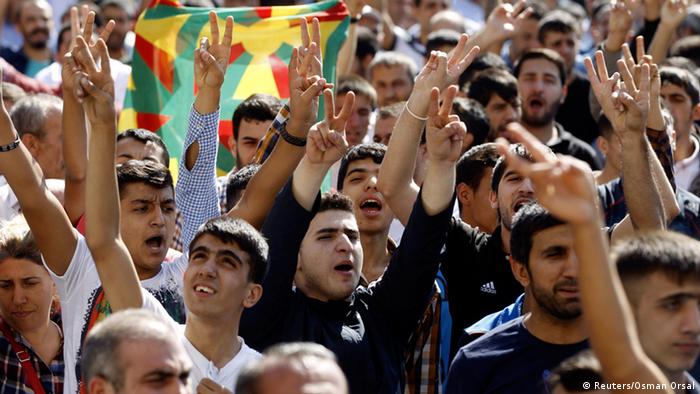 Tensions have cooled since then, aided by Ankara's decision to allow Iraqi Kurdish fighters to cross into Kobani, and IS's retreat from the town in January. In one sign of good will, Turkey's government has promised to rebuild the shattered town and help 200,000 Kurdish Syrian refugees return home.

If Kurdish anger over Kobani has diminished, it has been replaced by unease over Erdogan's broader political ambitions. Erodgan hopes his party will gain enough seats in June to unilaterally amend the constitution and strengthen Turkey's presidency, a post he assumed in August 2014.

"Mr. Recep Tayyip Erdogan, as long as the HDP exists, as long as HDP members breathe in this land, you will not have your [strengthened] presidency," vowed the party's co-president, Selattin Demirtas, in a speech earlier this week.

The ability of Demirtas's party to rally voters in June will be decisive for both the fate of the peace process and Erdogan's political ambitions.

To the bewilderment of critics and supporters alike, the HDP is set to enter the election as a formal party this year, meaning it must earn 10 percent of the national vote to pass Turkey's election threshold. The party, which won 9.8 percent of the national vote in last year's presidential elections, formerly circumvented the barrier by fielding independent candidates.

That has introduced a make-or-break situation into Turkey's political landscape: If the Kurds pass the threshold, they will remain in parliament and continue negotiations for the peace process, but if they lose, Kurds will surrender their representation in parliament and possibly hand Erdogan a strengthened presidency.

A lockout could also see the Kurds announce their own regional parliament in Diyarbakir, speculated Ulgen. "Such a result won't de facto end the peace process, but it is a very, very bleak scenario," he said.

It is also, he says, why peace now rests on more than Ocalan's 15-year old promise to disarm the movement that fights in his name.

"Ocalan can start the process of demilitarization," said the HDP's Kurkcu. "But it is up to the political realm to finish it."

Now that "Islamic State" fighters have been pushed out of Kobani, the first refugees are crossing over the Turkish border to return to the destroyed city - and those Syrians who stayed. Kamal Sheikho reports from Kobani. (23.02.2015)

War on terror - without Turkey?

Criticism is growing in Turkey over the apparent reticence of the West to cooperate with Turkey in the war on terror. There are a number of reasons for this, terrorism experts say. (29.01.2015)

Kurdish fighters are looking to the villages near Kobani after claiming victory over 'Islamic State' jihadists in a months-long battle for the strategic Syrian town. The US says it's far from mission accomplished. (27.01.2015)