The United States and Turkey have signed an agreement to train and arm Syrian rebels fighting against the "Islamist State" group. Washington and Ankara have been in talks about such a pact for several months. 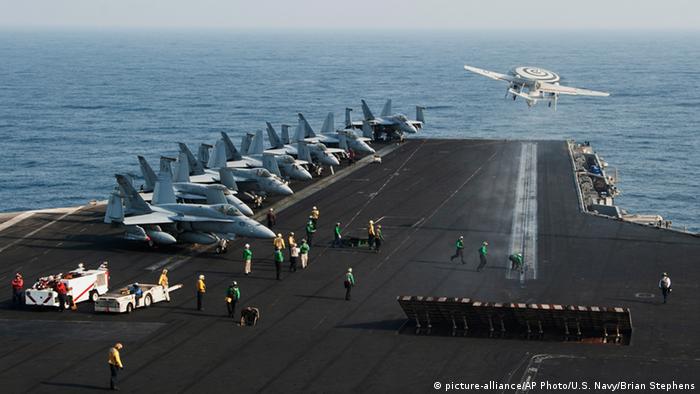 "The agreement was signed by the foreign ministry undersecretary and the U.S. ambassador," a U.S. embassy spokesman in Ankara said on Thursday.

The U.S. military has said it is planning to send more than 400 troops, including special operations forces, to train Syrian opposition fighters at sites outside Syria as part of the fight against "IS" militants. U.S. officials have said they plan to train about 5,000 Syrian fighters per year for three years under the plan.

The Turkish government said the training could begin as early as next month. Ankara hopes the training will bolster the weakened and divided Syrian opposition in its war against Syrian President Bashar al-Assad.

Saudi Arabia and Qatar, as well as Turkey, have offered to host training sites.

Turkey sees the Free Syrian Army as a key actor in Syria's conflict but the group has been riven by division and suffered setbacks at the hands of government forces and other rebel factions.

With its 750 mile border (1,200 kilometers) with Syria, Turkey is a key part of the US-led coalition against the Islamic State group. But negotiations with the US over what to do about the Islamic militants have been fraught with disagreement - with Turkey insisting that the coalition needs to also target the Assad government.

Iraq push to retake Mosul from IS could begin in April

The operation to retake Iraq's second largest city from Islamic State militants will likely begin in April or May, US Central Command says. If Iraqi forces are not ready by then, the operation could be delayed. (19.02.2015)

Amid disputes over Egyptian air strikes in Libya, Qatar has recalled its ambassador in Cairo for consultations. "Islamic State" (IS) bases were targeted after jihadis beheaded 21 Egyptian Coptic Christian hostages. (19.02.2015)

US not at war with Islam, Obama says

US President Barack Obama has said his country is not against Islam but against those who have perverted and twisted it. He called on Muslim leaders to address misunderstandings about the religion. (19.02.2015)