The Turkish parliament has approved a law that will allow stricter monitoring of social media content. Critics fear the new legislation is a further step toward silencing dissent in the country. 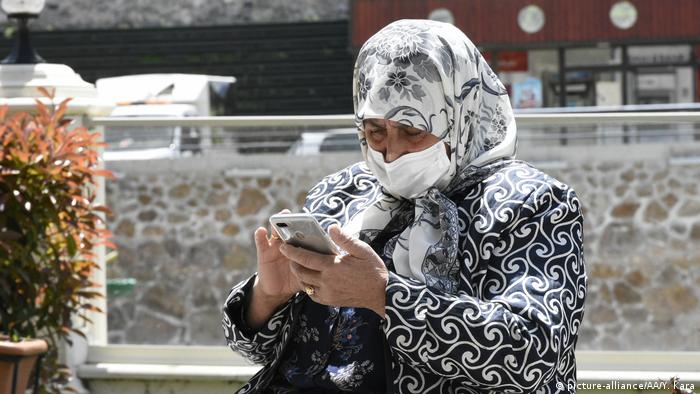 Among other things, the law requires social media companies such as Facebook and Twitter to have representatives in Turkey who are tasked with dealing with complaints about content on their platforms. Failure to designate a representative will be punished with large fines, advertising bans and bandwidth reductions that would make the use of a social media network so slow as to be impractical.

Penalties will also be imposed if content that has been found unacceptable is not removed or blocked within 24 hours.

The new legislation will also require user data from social media networks to be stored in Turkey.

Critics say the law will increase censorship and help stifle dissent in a country that has already been frequently known to block online content of which the government disapproves.

Ahead of the parliamentary vote, a spokesperson for the UN High Commissioner for Human Rights said the law "would give the state powerful tools for asserting even more control over the media landscape." On Monday, the New York-based activist group Human Rights Watch warned that the law would signal "a new dark era of online censorship."

The legislation was called for by President Recep Tayyip Erdogan, who has said he wants to eradicate immoral content on social media. The government contends that the law aims to fight cybercrime and protect users.

The bill had been backed by Erdogan's ruling Justice and Development (AKP) party, which has the majority of seats in parliament with its junior coalition partner, the Nationalist Movement Party (MHP).

Turkey is already the country that issues the most requests to have Twitter content removed, and more than 408,000 websites are blocked in the country, according to the Turkish Freedom of Expression Association.

Turkish authorities blocked the online encyclopedia Wikipedia for three years until the country's top court ruled that doing so was a violation of the right to freedom of expression.

The country also has one of the world's highest rates of imprisoned journalists, many of whom were arrested in a crackdown following a failed coup in 2016.

After Twitter removed thousands of accounts it claims were used to push propaganda in China, Turkey, and Russia, Ankara accused it of a "smear" campaign, and China said it was "the biggest victim" of disinformation.