Turkey's prime minister has said the government "shares the pain" of descendants of Ottoman Armenians killed in 1915. Germany, meanwhile, looks set to follow the pope and others in calling the killings "genocide." 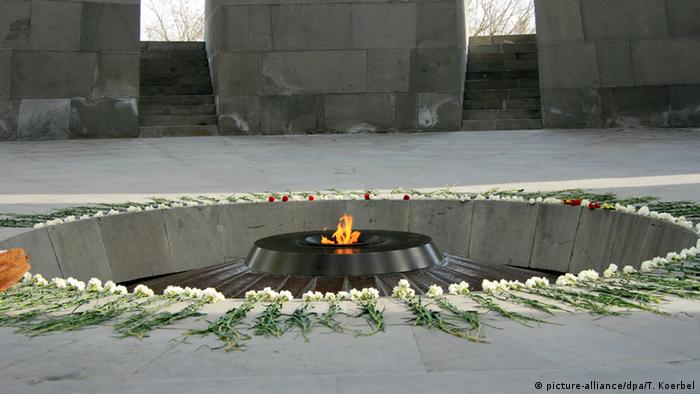 Ahmet Davutoglu sought to reach out to Armenians on Monday, saying Turkey wanted to heal the wounds of the past 100 years after the mass killings of their ancestors under the Ottoman Empire. However, the Turkish prime minister's statement stopped well short of recent comments by Pope Francis and the European Parliament, never referring to the events as "genocide."

"We once again respectfully remember and share the pain of grandchildren and children of Ottoman Armenians who lost their lives during deportation in 1915," Davutoglu said in a statement released by his office to mark the 100th anniversary of the start of the killings, observed on Friday, April 24. 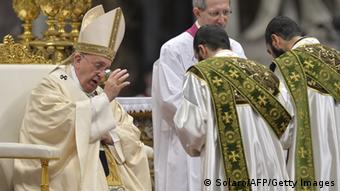 Armenians consider the mass killings to be genocide, a term Turkey has consistently rejected; the prime minister again criticized the debate on Monday.

"To reduce everything to a single word, to put responsibility through generalizations on the Turkish nation alone … is legally and morally problematic," Davutoglu said. The prime minister also said that the "Ottoman Armenians" would be remembered at a service to be held in Istanbul on Friday, saying Turks and Armenians should "heal their wounds from that century and reestablish their human relations."

In apparent reference to recent debate over the term genocide, he also warned "third parties" to refrain from reopening "historical wounds," saying efforts should be made for a peaceful future based on "fair memory."

Germany to use G-word, but softly

Germany's grand coalition government on Monday supported a statement with stronger-than-expected language on the killings of up to 1.5 million Armenians by Ottoman Turkish forces during World War I. 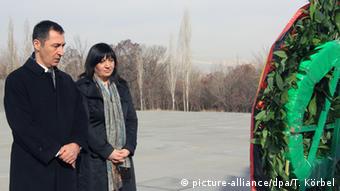 German Green politicians Cem Özdemir and Ekin Deligöz, both with Turkish roots, visited an Armenian monument to the dead in Eriwal last month

"The government backs the draft resolution in which the fate of the Armenians during World War I serves as an example of the history of mass murders, ethnic cleansings, expulsions, and, yes, the genocides during the 20th century," Chancellor Angela Merkel's spokesman, Steffen Seibert, told reporters in Berlin, citing the document agreed to by Merkel's Christian Democrats and the Social Democrats.

The federal Bundestag parliament will hold a ceremony in memory of the victims on Friday, while German President Joachim Gauck is also expected to use the term "genocide" at a religious service scheduled for Thursday in the capital.

Previous official comments from government officials had avoided the word, prompting speculation that Germany would not join France, Pope Francis and the European Parliament in using the designation.

In 2011, when France first used the term, Turkey responded by suspending diplomatic ties with Paris. In recent weeks, both President Recep Tayyip Erdogan and Prime Minister Davutoglu have been highly critical of Pope Francis and the European Parliament's use of the word.

"We now have to wait," a German Foreign Ministry spokesman said when asked how Ankara might react to Berlin's move.