Turkey is attempting to extradite a German citizen from Ukraine, the man's lawyer has confirmed to DW. Turkey claims he was involved in two murders but Germany previously denied his extradition over "doubts" in the case. 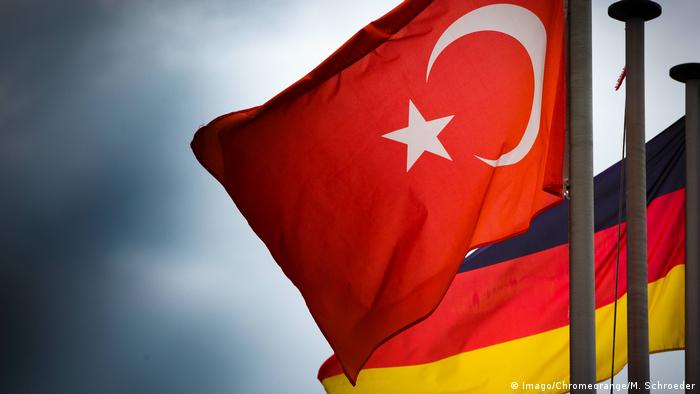 Turkey is attempting to extradite another German citizen via an Interpol arrest warrant, Interpol authorities and the man's lawyer confirmed to DW on Wednesday.

The incident was first reported on by Süddeutsche Zeitung and public broadcasters WDR and NDR on Tuesday, who said that Turkey had issued a "Red Notice" to arrest a man identified as Kemal K. with the international police agency Interpol.

The man's Kyiv-based lawyer, Dmytro Morhun, told DW that his client was detained at Kyiv's Zhuliany International Airport on July 23 this year due to the Interpol warrant. He was released three days later, but has not been allowed to leave the country pending a decision on his extradition.

According to Morhun, Turkey only officially sent an extradition request for Kemal K. to Ukrainian authorities on September 18. Ukraine has until the end of November to decide whether to extradite him.

Interpol's Ukrainian bureau confirmed to DW that a man with German and Turkish dual citizenship was detained in July this year on a Turkey-issued warrant.

"Our embassy in Kyiv is dealing with the case .... We are urging the Ukraine authorities to quickly reach a decision to enable K. to return to Germany," a ministry spokeswoman told news agency AFP.

Kemal K., who owns a kiosk in the western German city of Cologne, is married to a Ukrainian woman and traveled to the country for private reasons.

Süddeutsche Zeitung reported that the 52-year-old was warned by the prosecutor's office in Cologne about traveling abroad, saying he would most likely be arrested abroad due to the Interpol warrant.

Wanted for murder, but Germany suspicious

Turkish authorities say Kemal K. is wanted over alleged involvement in two murders in Turkey and have issued a bounty for him to the sum of 1.5 million Lira (€350,000).

In 2007, the man was detained for several months in the southwestern German state of Baden-Württemberg over the charges.

However, the higher regional court in Karlsruhe did not agree to his extradition, citing "considerable doubts about the existence of sufficient suspicion" in the case at the time.

Kemal K.'s lawyer told DW that his client is Kurdish and was politically persecuted. According to Süddeutsche Zeitung, Kemal K. was active in the communist party TKP/ML when he lived in Turkey. He fled to Germany in 2007 and received political asylum. In 2016, he became a naturalized German citizen.

Kemal K.'s case bears several similarities to that of German-Turkish author Dogan Akhanli, who was detained during his vacation in Granada by Spanish authorities due to a Turkey-issued Interpol arrest warrant.

Akhanli was released one day later, but Spain's Justice Ministry only decided last Friday not to extradite the writer.

Several German citizens and German-Turkish dual nationals have been arrested in Turkey, fueling rising tensions between Ankara and Berlin.