Ankara says Greek forces were "hitting" and "bullying" refugees attempting to make the crossing. President Erdogan is set to travel to Brussels to discuss the crisis at the Turkish-Greek border. 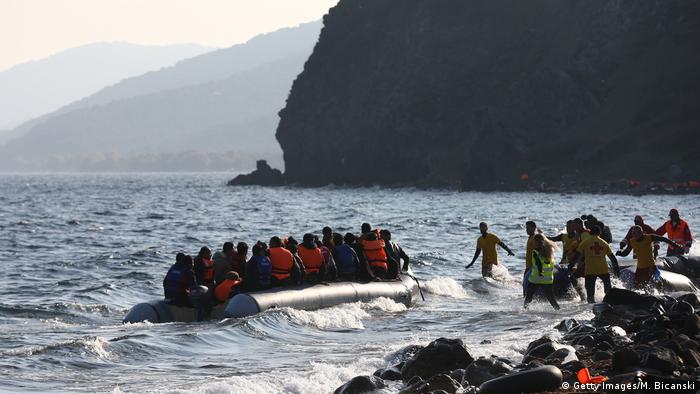 Turkey said it rescued two boats of refugees in the Aegean Sea on Sunday after the Greek coast guard pushed them back into Turkish waters. Greece and Bulgaria are struggling to keep up with the migrant influx caused by Turkey's decision to open its borders to the European Union.

The boats were carrying 121 people, most of them from Afghanistan, the government said in a statement that could not be independently verified.

Turkish President Recep Tayyip Erdogan said on Sunday that Greece should just "open the gates" because the refugees would just pass through before moving on.

"Hey Greece: These people aren't coming to you to stay," Erdogan said at an event in Istanbul. "They are coming to you and going into other European countries. Why are you bothered by it? Just open the gates."

Erdogan failed to highlight the fact that the EU has a treaty that stipulates that refugees have to be processed in the first member country in which they arrive.

In late February, much to the consternation of Brussels, Ankara announced that it would no longer honor a 2016 refugee deal with the EU, under which it was meant to prevent migrants from attempting to cross into Europe in exchange for aid and an easing of visa restrictions.

The move came as Erdogan seeks support from Europe for his military intervention in the Syrian Civil War. The EU responded by saying that Turkey was "using" refugees to get its way politically.

Since then there have been violent clashes and deteriorating humanitarian conditions at the Greek-Turkish border and on the Greek island of Lesbos. As a result, on Saturday Erdogan did order the Turkish coast guard to stop any boats it saw trying to carry refugees to Greece.

On Monday, Erdogan is set to travel to Brussels to address the crisis with European leaders.