Germany's Foreign Ministry has confirmed the arrest of a German national in Turkey's Hatay province. Dennis E. has been charged for expressing his support for the outlawed Kurdistan Workers' Party (PKK) on Facebook. 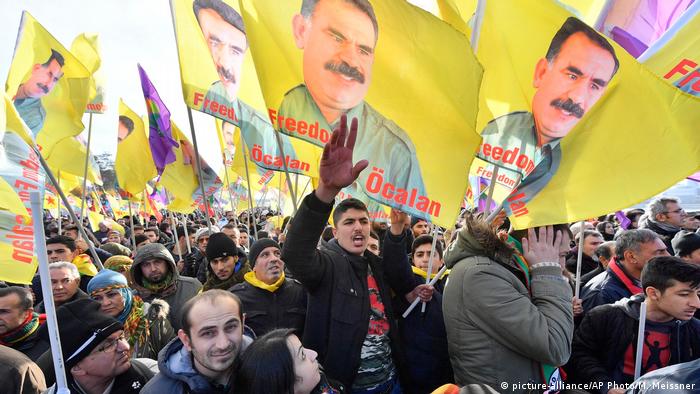 The German man, identified only Dennis E., was arrested in southern Turkey for allegedly producing and disseminating propaganda for the outlawed Kurdistan Workers' Party (PKK) on social media.

According to local media, Dennis E. was arrested by anti-terror police in his apartment in the coastal town of Arsuz in the Hatay province. After being questioned, he was remanded in custody at the request of the public prosecutor's office on suspicion of spreading "terrorist propaganda."

Germany's Foreign Ministry said the embassy in Ankara was in touch with Turkish authorities over the matter.

Little is known about Dennis E.; however, he is believed to be of Turkish origin.

The PKK is considered a terrorist organization by Turkey, the European Union and the United States.

German-Turkish tensions once again threaten to spill over

The man's arrest comes just a week after Germany lifted economic sanctions on Turkey and relaxed its travel advice for the country by removing a warning on its website about Germans facing a high risk of arrest when visiting the country.

Tensions between Turkey and Germany escalated after the July 2016 failed coup and subsequent state of emergency, which saw a number of German nationals imprisoned, including the German-Turkish journalist Deniz Yücel.

Yücel was released earlier this year, although he still remains indicted on similar "terror propaganda" charges.

Despite the recent easing in relations between Berlin and Ankara, several Germans still remain in Turkish custody. At the end of June, Hozan Cane, a German singer of Kurdish origin, was detained by Turkish security forces during a campaign for the pro-Kurdish HDP party. In mid-April, Adil Demirci, a social worker from Cologne who wrote for the left-wing news agency Etha, was arrested in Istanbul along with two other reporters.

Recep Tayyip Erdogan's swearing-in as Turkey's new all-powerful president is the culmination of a long quest. But Turkey remains divided, and Germany must not abandon the Turkish opposition, says DW's Gunnar Köhne. (09.07.2018)

From fighting 'Islamic State' to rotting in Iraqi jail

Foreign fighters against "Islamic State" have been subjected to heavy mistreatment in Iraqi Kurdish prisons. Karlos Zurutuza and Ferran Barber spoke with western volunteers, and recounted months spent in jail. (29.12.2017)