Ankara has not yet answered a German politician's request to visit soldiers in the Incirlik airbase. The denial could mean that Turkey intends to block visits to the camp, like it did some months ago. 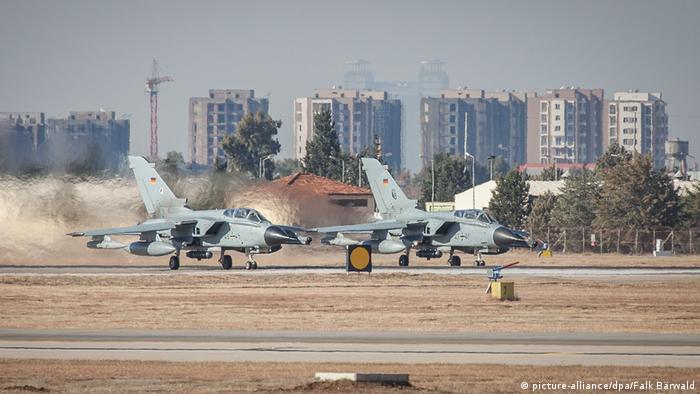 Speaking to the weekly "Welt am Sonntag" newspaper, Left party external affairs spokesman Jan van Aken said he inquired with the Turkish authorities again about his request to visit the airbase but had not received a response.

"If there is a ban on visits again, then the plan to extend the Bundeswehr's stay [in Incirlik] must not be extended," van Aken told the paper in a report released ahead of Sunday's publication.

Turkey banned German representatives from visiting the Incirlik airbase for several months after Berlin passed a resolution recognizing the genocide in Armenia earlier this year. Ankara allowed a delegation from the German Defense Ministry to visit the 250 soldiers only after Berlin said the resolution was not legally binding.

German leaders said at the time that if additional visits were blocked by Turkey, Berlin would consider not extending the stay of its soldiers in Incirlik.

Speaking to "Welt am Sonntag," the Green party's defense expert, Agnieszka Brugger, said it was unacceptable if the defense delegation's visit was an exception and that Turkey allowed only those leaders it approved of to visit Incirlik.

The German parliament is due to decide in November whether it will keep its soldiers at the airbase. German Tornado jets are stationed in the area and fly reconnaissance missions to support the war against the "Islamic State" (IS) in Syria and Iraq. A German tanker airplane based in Incirlik also refuels aircraft belonging to the US-led coalition fighting against the terror group.

In the near future, Germany is planning to deploy soldiers in AWACS reconnaissance aircraft belonging to the NATO. These planes will take off from Konya in southern Turkey.