The Bundeswehr's fight against 'IS' in Incirlik 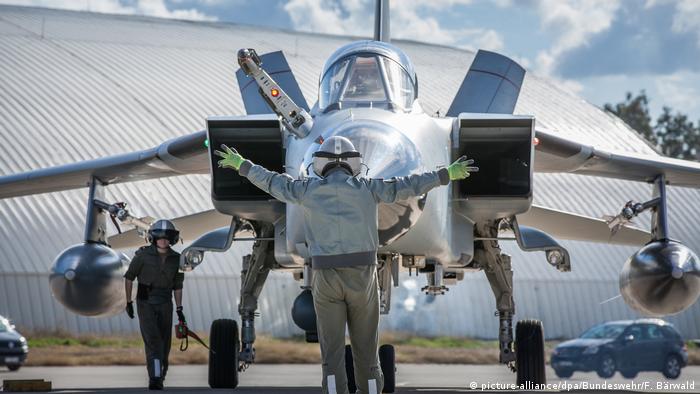 A few weeks after the terrorist attacks in Paris in November 2015, Germany's parliament gave the green light for a controversial military mission. The Bundestag granted the Bundeswehr a mandate to help the anti-"Islamic State" (IS) Operation Counter Daesh (the Arabic word for the terrorist group IS). Consequently, German soldiers were allowed to fly reconnaissance missions over Syria and Iraq for the anti-IS alliance. The missions are staged from Turkey's Incirlik Air Base, less than 300 kilometers (186 miles) away from the Syrian border and Aleppo.

For four months, the Turkish government did not allow German parliamentarians to visit. Now seven German MPs from various political parties are traveling to Incirlik. At the moment, 250 Bundeswehr soldiers are stationed there. The parliamentary mandate, which the Bundestag must extend by December 2016, provides for a cap of 1,200 soldiers.

The Bundeswehr was given a mandate to help the international military coalition with reconnaissance flights. The German air force deploys six Tornado reconnaissance aircraft and an Airbus 310 for air-to-air refueling. In September, a German frigate was sent to the region to protect a French aircraft carrier.

The Bundeswehr's military involvement has always been highly controversial. Even the coalition government led by Chancellor Angela Merkel's conservative Christian Democrats (CDU) and their junior partner, the center-left Social Democrats (SPD), was staunchly opposed to any mission of this kind until last year. The terrorist attacks in Paris and French President Francois Hollande's call for help made Berlin reconsider its stance. Germany then entered the international anti-IS coalition that now consists of 66 nations.

Yet Bundeswehr missions in the region were no longer a novelty by this point. From 2013 until October of last year, 260 Bundeswehr soldiers were stationed at the Turkish-Syrian border as part of a NATO mission. They were operating Patriot air defense systems to protect Turkey from missile attacks launched in Syria. The Bundeswehr has also provided Kurdish Peshmerga fighters with weapons and training for the fight against IS. Around 100 German soldiers went to northern Iraq for this purpose.

Is Germany in the crosshairs of terrorism?

These missions, especially the mission in Turkey's Incirlik, were preceded by a controversial political debate. One of the reasons for the discussion was the fact that the Turkish air base is situated near the city of Adana, which has received a great deal of negative publicity for being an IS stronghold and gathering point for recruits. The German Federal Armed Forces Association (DBwV) thus asked the government to clearly define the objectives of the Syria mission. "War is not an end in itself," criticized the chairman of the association, Andre Wüstner. 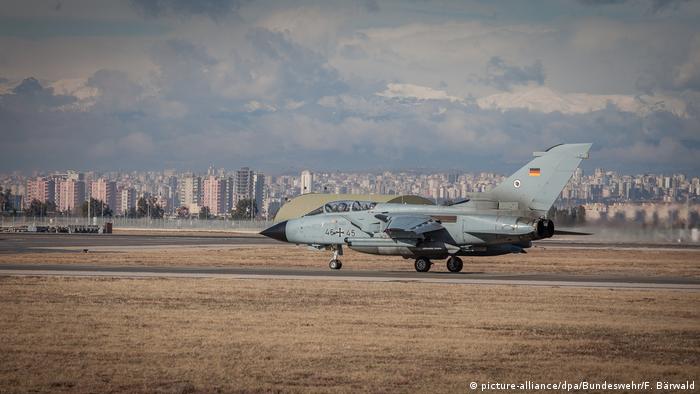 The Bundeswehr supports the air campaign against IS from Incirlik

When parliament granted the mandate, German Defense Minister Ursula von der Leyen said that Bundeswehr soldiers would only fly reconnaissance missions against IS. Critics feared that the Turkish government would misuse German information against Kurdish separatists. But Jürgen Hardt, the CDU's spokesman for foreign policy, insisted that "Turkey will use our information responsibly."

Opposition parties do not feel that statements like these are a sound basis for a Bundeswehr mission. The Left party condemned Bundeswehr involvement because they believe that Germany would get caught in the crosshairs of violent attacks. They also believe that the fight against IS cannot be won through military action.

The Green Party's parliamentary leader, Katrin Göring-Eckhardt, demanded that the mission be retroactively backed by a UN mandate to intervene. Many Green Party parliamentarians had voted against the mission in 2014 because there was no such global mandate. Representatives of churches and other societal groups also harshly criticized the Bundeswehr mission. German Foreign Minister Frank-Walter Steinmeier assured them that Germany's top priority was not military involvement. "We believe in a political solution," he said.

Opinion: It's up to Turkey to end 'rumble' with Germany

Germany and Turkey are partners, and a new start is possible after the disputes over the Bundestag's genocide resolution and Incirlik Air Base. Now Turkey must show its willingness, writes DW's Fabian von der Mark. (10.09.2016)

Ankara has informed Germany about its decision to let Berlin lawmakers visit the Incirlik air base. The announcement came as EU leaders traveled to Ankara to discuss improving relations with Turkey. (09.09.2016)

The Bundeswehr mission in Afghanistan ended on June 30. It has already been labeled a failure in the German media. Now, the Defense Ministry's review is off to a bumpy start.