An Ankara court ruled the harshest sentence in Turkey against five people over links to the 2016 assassination of Russian envoy Andrei Karlov. 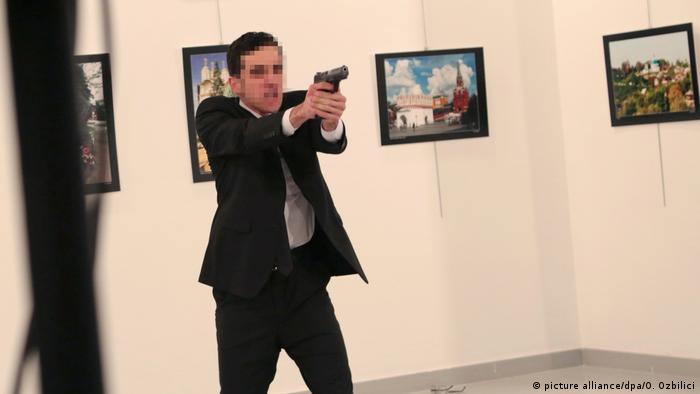 A Turkish court on Tuesday sentenced five people to life imprisonment for their involvement in theassassination of Russia's ambassador to Ankara in 2016, Turkey's state media reported.

In December 2016, an off-duty policeman shot Andrei Karlov at an art gallery in Ankara as he shouted "Allahu-Akbar" (God is the greatest) and "don't forget Aleppo," referring to Russia's role in the Syrian war.

The gunman was shot dead after the assassination.

The defendants received Turkey's harshest sentences as the country abolished the death penalty in 2002.

Turkish prosecutors trialed a total of 28 suspects in the case, including the self-exiled Islamic preacher Fethullah Gulen.

The court acquitted six defendants of all charges and suspended the case against Gulen and others who were being tried in absentia, the Turkish state news agency Anadolu reported.

The five sentenced on Tuesday were charged with "premeditated murder" and "attempting to overthrow the constitution," according to Anadolu.

The court also separately charged three of the defendants with terrorism ties for helping the shooter.

Who is Fethullah Gulen?

An indictment had concluded that a network led by Gulen was responsible for the attack.

Gulen has lived in the United States since 1999. He has denied the allegations of his involvement in the assassination.

Erdogan has a record of accusations against Gulen. Turkey has sought Gulen's extradition since 2014.

Russian Ambassador Andrei Karlov was shot dead at an exhibition in Ankara in December 2016. The gunman was shot dead but the trial of 28 suspects, including US-based preacher Fethullah Gulen, has started.