Controversial Turkish cleric Fethullah Gulen in a statement has denounced the murder of Russian Ambassador Andrei Karlov on December 19. Turkish authorities have tried to link the assassin to Gulen's global network. 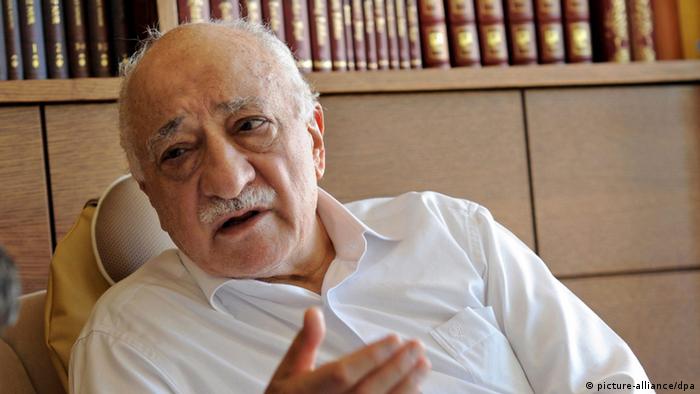 In a video message, US-based Islamic preacher Fethullah Gulen repeatedly said that "like all acts of terror" he condemned the attack on the Russian envoy to Ankara, Andrei Karlov, adding that the ambassador was someone who held his movement in favorable regard. Gulen also said in his video that he fully expected "other assassinations" presumably taking place in the future to be blamed on him and his movement as well.

"I send my deepest condolences to Ambassador Karlov's family and to the Russian people for this tragic loss. I ask God the Most Compassionate to dry the roots of terrorism and lead the world to days of peace and tranquility," Gulen further stressed in a written statement.

Turkish President Recep Tayyip Erdogan had earlier alleged that Karlov's murderer, an off-duty policeman by the name of Mevlut Mert Altintas, who was neutralized by Turkish security forces after the attack, had ties to Gulen's "Hizmet" (service) movement, which the Turkish government and media refer to as a terrorist network called "FETÖ".

Erdogan claims that Gulen was the mastermind behind the failed coup in Turkey on July 15, during which at least 270 people died. Erdogan further alleges that Gulen's network of organizations and enterprises, which have been shut down in Turkey since the violent coup attempt, are all part of a long-standing "parallel state" structure intended to antagonize the country's democratically elected government led by Erdogan's Islamic "Justice and Development Party" (AKP).

Gulen has repeatedly denied having any involvement in the plot; however, video messages circulated online dating back to the 1990s show the cleric implying plans to subvert and infiltrate government structures both within and outside of Turkey. The Islamist preacher has been living in the US state of Pennsylvania since 1999 after actually being indicted of plotting to topple Turkey's then highly military-influenced secular government.

Fethullah Gulen's statement on the Russian ambassador's assassination came as Turkish media circulated claims that "FETÖ" was planning another assault on the Turkish government on December 26. Turkey's interior ministry said it was presently investigating 10,000 people suspected of terror-related activity on social media. At least 1,600 people accused of "propaganda or apologizing for terrorism" or "insulting state officials" have been arrested in the past six months, according to the ministry; human rights organizations believe that number is much higher. 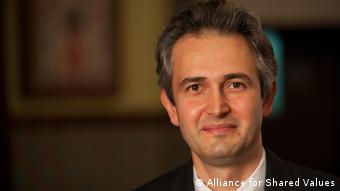 While also fighting insurgency by the so-called "Islamic State" group (IS) as well as the Kurdistan Workers Party (PKK), the Turkish government's crackdown on dissidents has also severely impacted Gulen's followers. Gulen spokesman Y. Alp Aslandogan told DW that inside Turkey, Hizmet's activities were reduced to being next to non-existing following a massive government purge which resulted in all organizations affiliated with Gulen forcibly closing down under a state of emergency in effect since the failed coup.

"In Turkey, the institutional presence of the movement is completely finished. Erdogan shut down everything: hospitals, schools. They have fired everyone, even 7,000 doctors. But there are still hundreds of thousands of our participants inside Turkey. But right now, Hizmet only continues inside their homes," he told DW.

Aslandogan heads the "Alliance for Shared Values," (AFSV) a New York-based initiative that is part of Gulen's network of global non-profit registered organizations; AFSV first shared Gulen's message denouncing the Russian ambassador's assassination before news organizations picked it up. In a statement, the Gulen-affiliated organization says that Erdogan's attempts to link Gulen to the assassination did not come as a surprise:

"While the assertion is wrong and irresponsible, it is not unexpected since Mr Erdogan blames Mr Gulen for any and all harm that besets Turkey," an AFSV statement read after the Russian envoy's murder.

Gulen's followers have also suffered persecution outside of Turkey. Gulen sympathizers have reportedly received death threats in France, with a Gulen study center also suffering vandalism in a recent attack. Turkey has also made demands on the German government to extradite known Gulen supporters in Germany, which the German government has ignored.

The Gulen movement has generated broad support in Germany and across the world. Experts, however, have doubts about its image as the representative of "moderate Islam" in Europe. (18.08.2016)