Tunisians will elect a new parliament on Sunday, and all indications point to heavy losses for establishment parties. Young, independent candidates could reap the benefits, reports Sarah Mersch from Tunis.

Tunisian activists aim to empower women at the ballot box

A group of young men and women with fists full of flyers are scanning for passersby while helpers attempt to batten down the campaign tent to keep it from being blown away. They have turned off their tiny loudspeaker to save battery life. There isn't much going on this afternoon in Den Den, a residential neighborhood on the west side of Tunis.

Amenallah Jaouhari tries to strike up a conversation with a vegetable seller. A passerby says it's not worth voting for independent candidates, because they have no weight in parliament. Jaouhari, the top candidate for the independent party Bledna (Our Country), sees things differently. He says establishment parties have failed, and that it is time for new voices to be heard. "Parliament is no longer doing the people's work. It has degenerated into a voting machine without a soul." Instead, backroom deals are made to pass laws and divvy up political posts.

The engineer, in his early thirties, is convinced that real issues could be addressed if new, independent representatives were elected to the body. But the competition is stiff: More than 50 candidates are competing for the district's seven parliamentary seats. Nationwide, there are more than 1,500 independent and party politicians competing for 217 parliamentary seats. 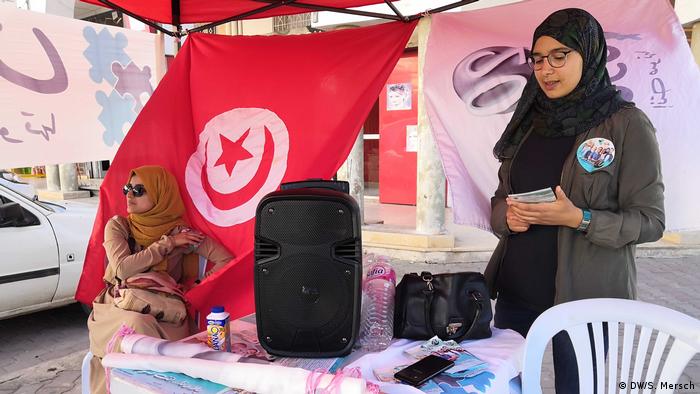 Most independent political campaigns, like Bledna, are financed from the participants' own pockets

Little faith in the parties

The discreet young man knows Tunisia's political landscape all too well. His father, once a leading member of the Ennahdha Movement, died under mysterious circumstances in prison in 1995 while Ben Ali was running the country. Amenallah Jaouhari was himself a member of the party's leadership council after the revolution. In 2013, he resigned his post and left the party. His wife not only remained in the Muslim conservative party, today she is its top candidate for Tunisia's foreign electoral district in France. "Some people think the party can be reformed from within, I'm not one of them," Jaouhari says with a smile on his face.

A recently published poll indicates that more than 80% of Tunisians have little or no faith in the country's political parties. Parliamentarians and other government institutions fared little better. That is one of the reasons independent candidates did so remarkably well in last year's municipal elections. Voters also sent an electoral warning to establishment parties in the first round of presidential voting this September. That has given hope to many independents currently running for parliament. 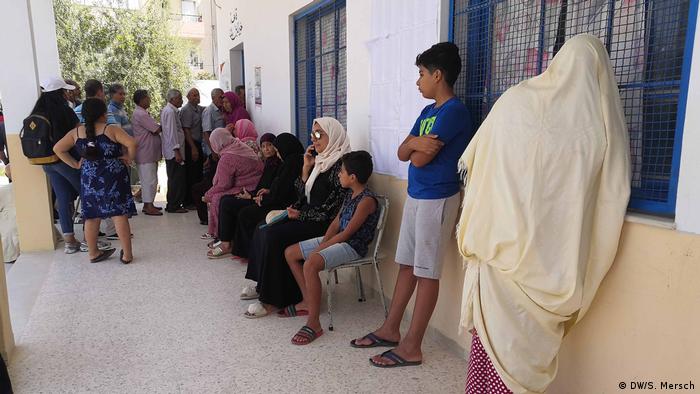 Qalb Tounes (Heart of Tunisia), the recently founded party of incarcerated presidential candidate Nabil Karoui, for instance, has pretty good chances. Another newcomer on the fast-changing political scene is Aich Tounsi (Live the Tunisian Way), a young, populist movement. Aich Tounsi, which grew out of a non-governmental organization (NGO), and has received millions from patron Olfa Terras Rambourg, has been selling itself across the country with the slogan, "Don't be afraid, we're not a party."

Aich Tounsi's president and top candidate for Tunis, Selim Ben Hassan, says that most candidates want to be elected so they can have immunity and profit from the privileges afforded to parliamentarians. He says his movement is an expression of the, "mobilization of people against the system." In the run-up to the vote, Aich Tounsi says it spoke with several hundred thousand Tunisians to ask them what their priorities were. The group says the results of those conversations were the genesis of its own political platform.

When asked about the country's most pressing problems, Tunisians answer: The economy, healthcare and corruption. Some eight years after the revolution, people are deeply frustrated. For most citizens the benefits they sought have never transpired. Although there have been democratic advances, the country's economy remains in the doldrums. The Tunisian dinar has consistently lost in value over the years, and foreign debt, just like inflation, has continued to increase — significantly lowering people's purchasing power. Moreover, corruption, nepotism and an entrenched bureaucracy have further paralyzed the country.

"The voters have socioeconomic priorities, but the big parties have refused to acknowledge that fact since 2011," laments Amenallah Jaouhari. He is convinced that voters have had enough and will send the parties packing this time around. 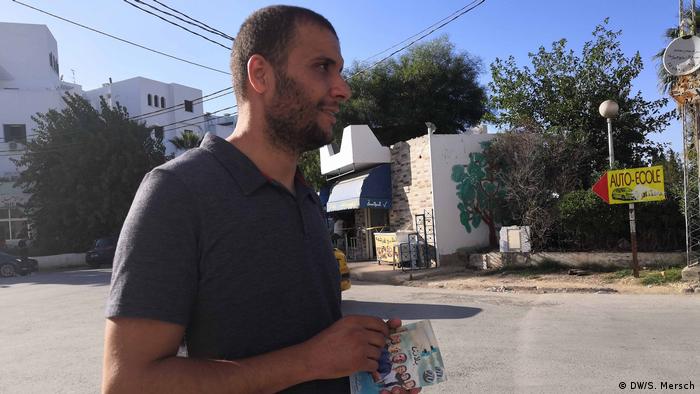 Independent candidate Amenallah Jaouhari, seen here hitting the streets with campaign literature, is convinced that voters will give fresh faces a chance

Assembling a government will be a challenge

Although political polling is prohibited during campaigning, most signs suggest that no one party or group will win a clear majority in parliament. Even the task of assembling a governing coalition of two or three parties could be a daunting task considering the fact that a number of small groups and independent members with little or no political experience may populate the body.

During the last legislative period, parliament was so fractured that it was barely able to get anything done. "I think we should be prepared for a similar situation in the new parliament," says Selim Kharrat, chairman of the NGO Al Bawsala (The Compass), which is fighting for more government transparency. Kharrat says the situation could drastically hamper efforts to draft new laws and delay action on much-needed reforms.

Furthermore, a presidential runoff vote will be held one week after Sunday's parliamentary election. In it, independent jurist Kais Saied will face off against media mogul Nabil Karoui, who has been in detention since mid-August while he is being investigated on charges of money laundering and tax evasion.

Tunisian activists aim to empower women at the ballot box