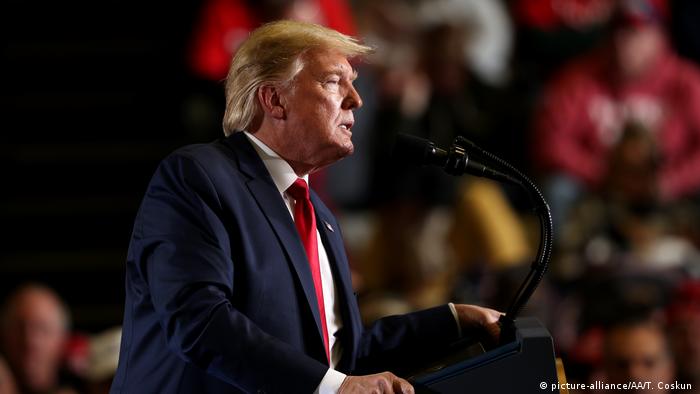 US President Donald Trump's administration on Wednesday disapproved of an unpublished manuscript written by his former National Security Advisor John Bolton, saying it contained sensitive information that could harm the country.

In the unpublished manuscript, Bolton claimed that Trump had told him that he wanted to freeze nearly $400 million (€360 million) in Congress-approved aid to Ukraine until the government there announced plans to investigate the president's political rivals, according to The New York Times.

Bolton's lawyer Charles Cooper told the White House in an email that they did not believe information contained in the Ukraine chapter could be considered classified. As such, he urged the White House Security Council to expedite the review so that Bolton could testify, if summoned, during Trump's impeachment trial.

The impeachment trial currently underway in the Senate centers on accusations that he pressured Ukrainian President Volodymyr Zelenskiy to investigate former US Vice President and potential 2020 election rival Joe Biden and his son Hunter and then withheld Congress-approved aid to Ukraine pending an announcement of that probe.

Bolton's unpublished account has raised the prospect that he could be called in to testify in the Senate trial just as Republican Senators were preparing to acquit Trump as early as Friday.

However, Democrats would have to convince four Republican senators to vote in favor for calling new witnesses by Friday. It is unclear whether that will happen since Republicans hold the Senate with 53 lawmakers. 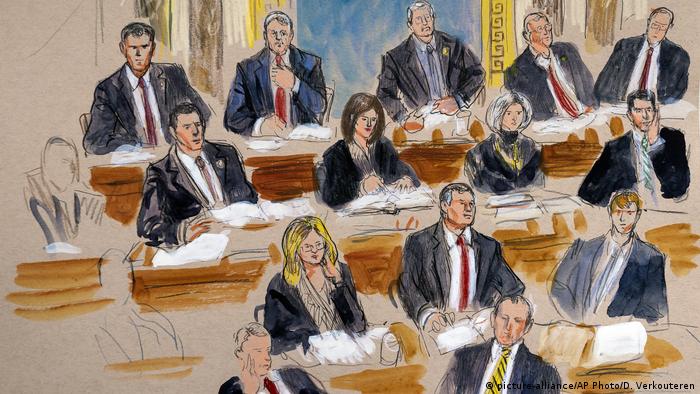 Many Republican Senators are hoping to acquit Trump by Friday

The US president took to Twitter on Wednesday to lash out at his former national security advisor, apparently suggesting that Bolton's claims were a fabrication in a rambling two-part tweet.

"For a guy who couldn't get approved for the Ambassador to the UN years ago, couldn't get approved for anything since, 'begged' me for a non-Senate approved job, which I gave him despite many saying 'Don't do it, sir,' takes the job, mistakenly says 'Libyan model' on TV, and many more mistakes in judgment, gets fired because frankly, if I listened to him, we would be in World War Six by now, and goes out and immediately writes a nasty and untrue book. All Classified National Security. Who would do this?," Trump said.

Senators have now started to ask questions to Trump's defense team and House managers who effectively act like prosecutors. That process is expected to continue until Thursday.

Read more: Trump's impeachment team argues he 'did nothing wrong' 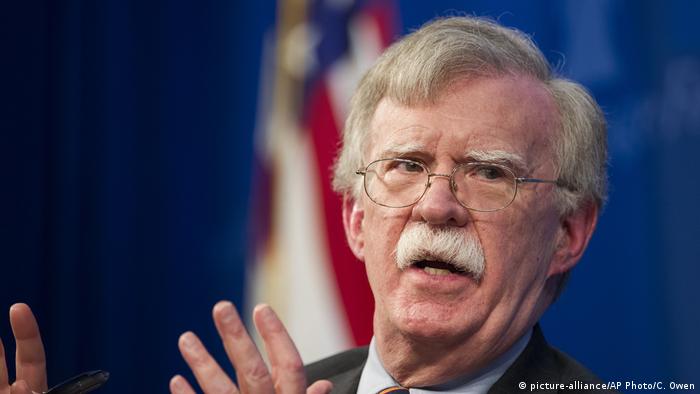 Trump has claimed that he fired Bolton last year, while Bolton says he quit the administration over major disagreements