Trump′s change of course in refugee policy: legal but radical | World| Breaking news and perspectives from around the globe | DW | 27.01.2017

Trump's change of course in refugee policy: legal but radical

US President Donald Trump's drastic, yet expected, turnaround on refugee policy is on safe legal ground. However, it raises serious concerns about security policy. Michael Knigge reports from Washington. A Syrian woman in the USA

As announced during the election campaign, President Trump is adopting a tough approach to US refugee policy. According to several detailed reports in the media, he is set to shortly sign a presidential decree to reshape American refugee policy.

The apparent plan is to suspend any intake of refugees for a total of 120 days in order to determine which countries are to be classified as safe. Furthermore, accepting refugees from Syria will be completely and permanently suspended. In addition, it is apparently planned that the overall intake of refugees in the current financial year will be reduced from Barack Obama's advised level of 110,000 refugees to only 50,000.

As a presidential candidate, Trump made headlines after announcing, among other things, that he would introduce "extreme vetting" for refugees before entry into the US, as well as a complete ban on Muslim refugees. He later moved away from the plan to ban entry for all Muslims but still made a case for a possible entry ban on refugees from countries that pose an increased risk of terrorism.

Parallels to 9/11 and World War II

In contrast to some of Trump's other recently signed decrees, which have been described by experts as being largely symbolic with little real political effect (such as his decree about the Mexican wall), this presidential decree would have immediate repercussions and signal a reversal in American refugee policy.

According to Cristina Rodriguez, a constitutional lawyer from Yale University involved in migration issues, "it is all perfectly permissible legally." The president has the right to act independently, without the input from Congress, in deciding on the issue of accepting refugees.

When asked about historical parallels to the imminent policy change on refugees, Rodriguez describes the periods when refugee numbers sank after the terror attacks in 2001 and during the Second World War. "At the beginning of World War II, the United States turned back Jewish refugees from Europe, who then died in the Holocaust - and that is an enduring national shame."

On the other hand, Robert Ford, a former US ambassador to Syria, says that it is normal for any new administration to review the investigation system to make sure it is operating as intended and to determine whether it can be further improved through better coordination or adjustment of resources. 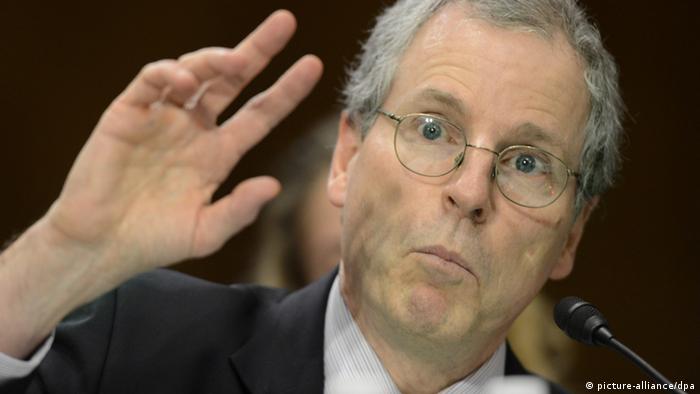 Ford, who presently teaches at Yale University, told DW "there is a very thorough, careful system in place involving American intelligence agencies to investigate the background of each Syrian refugee coming to the USA." He added that the ocean gives the Americans the space to evaluate refugees before they board an airplane - a luxury which European countries have not enjoyed.

Constitutional lawyer Rodriguez also describes the existing vetting process as very thorough and time-consuming. This, she says, is the reason why the US has been accepting such a small number of refugees per capita compared to countries like Canada. She has described the planned tightening of refugee policy as "a dramatic overreaction to any security concern." She added: "This is, more than anything, to make a political statement and not really a national security measure, which is the way that it is being billed."

Grist to the mill for extremists

Former ambassador Ford stresses that the planned permanent ban of Syrian refugees could turn out to be detrimental to the US. "To ban Syrian refugees indefinitely would add to the impression already present in Syria that Americans are against Sunni Muslims - complicit with Russia in the wide-scale killings of civilians."

And this narrative, Ford says, "would help jihadi recruiters over the medium and longer terms, thus making the permanent reduction in Islamic extremism more difficult." President Trump has explicitly announced the latter to be one of the main objectives of his administration.

Ford's advice is that it would be strategically incoherent for the new administration to increase military operations against extremists in Syria and Iraq while at the same time undertaking policies that help the jihadis recruit. Thus, the administration needs to take care in how it handles this refugee issue. Yale University professor Rodriguez puts it in less diplomatic words: "Everything is in the president's authority. It is just such a dramatic shift in the US refugee program that hopefully people will resist."

British Prime Minister Theresa May will be the first foreign leader to meet President Donald Trump. While this largely symbolic meeting is especially important for both of them, European leaders should pay attention. (27.01.2017)

Law restricts Trump on torture - unless he ignores it

Donald Trump has threatened to make good on his campaign pledge to bring back waterboarding and forms of torture "a hell of a lot worse." That would violate international and US law, of course, but could he do it anyway? (26.01.2017)