A bipartisan effort to restrict US weapons sales to Saudi Arabia has been vetoed by the White House. President Donald Trump said Saudi Arabia and the UAE served as a "bulwark against the malign activities of Iran." 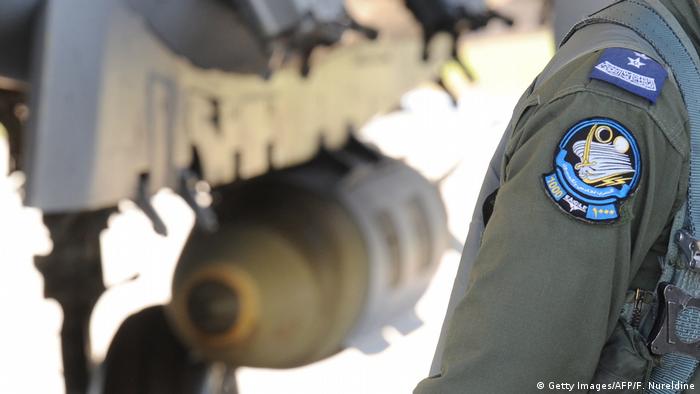 US President Donald Trump vetoed three Congress bills that would have blocked billions of dollars in US arms sales to Saudi Arabia.

The Congressional effort, which also included representatives of the Republican party, comes as a response to the Trump administration's decision to sideline the US lawmakers. When the $8.1 billion (€7.3 billion) sale was announced last month, Secretary of State Mike Pompeo said they would bypass the usual congressional review by declaring a national security emergency. Pompeo justified the emergency by pointing to the alleged threat of Iran. Saudi Arabia and the United Arab Emirates (UAE) are Iran's main opponents in the Middle East.

The head of the House Foreign Affairs Committee, Eliot Engel, slammed it as a "slap in the face" to Congress and accused the Trump administration of using Iran as a "convenient excuse."

Weapons sales to Saudi Arabia and its allies are a sensitive topic in the US after Saudi operatives brutally murdered Washington Post reporter Jamal Khashoggi in October. The Saudis are also leading a coalition fighting pro-Iran rebels in Yemen, with the UN saying the conflict has triggered the world's biggest humanitarian crisis. Some 10 million people are suffering extreme levels of hunger, according to UN officials.

In a letter explaining his veto on Wednesday, Trump said that "more – not fewer – civilians are likely to become causalities" without precision-guided US weapons.

Trump also described Saudi Arabia and the UAE as a "bulwark against the malign activities of Iran and its proxies in the region."

Restricting the sale would "weaken America's global competitiveness and damage the important relationships we share with our allies and partners," the letter added.

The US lawmakers now need a two-thirds majority in both the House and the Senate to override Trump's veto. Although representatives of both parties backed the three bills, it is unlikely that the body would have enough votes to push through the restrictions.

"The president's shameful veto tramples over the will of the bipartisan, bicameral Congress and perpetuates his administration's involvement in the horrific conflict in Yemen, which is a stain on the conscience of the world," House Speaker Nancy Pelosi said in a statement.

Saudi Arabia buys more US-made weapons than any other country in the world. Ryiadh bought nearly $11.5 billion of American weapons between 2014 and 2018, according to Stockholm International Peace Research Institute (SIPRI).  The US has been providing logistical support for the Saudi-led coalition in Yemen since 2015.