The US president has vowed to work towards "achieving peace" in eastern Ukraine, the White House said. American lawmakers have called on Trump to do more for "our Ukrainian friends," including providing defense funds. 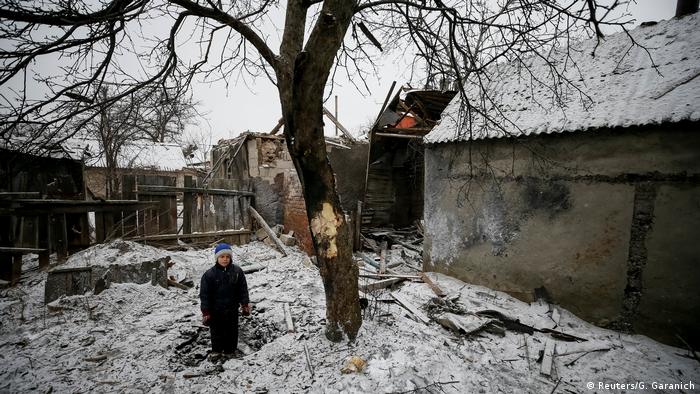 US Ambassador to the UN condemns Russian actions in Ukraine

UN Ambassador Nikki Haley has sent a stern warning to Moscow as renewed fighting in eastern Ukraine intensifies. Her message comes amid a flurry of criticism over the Trump Administration's policy toward Russia.

US President Donald Trump on Saturday discussed the escalation of violence in eastern Ukraine with the country's President Petro Poroshenko.

"A particular attention was paid to the settlement of the situation in Donbass and to achieving peace by political and diplomatic means," said a statement from the Ukrainian president's press office.

"The two sides discussed strengthening the strategic partnership between Ukraine and the United States," the statement added.

However, a press statement released by the White House, which described the situation as "Ukraine's long-running conflict with Russia," opted for a shorter description of the call.

"We will work with Ukraine, Russia and all other parties involved to help them restore peace along the border," Trump said in a statement published by the White House press office.

Trump has frequently voiced admiration for Russian President Vladimir Putin, prompting concerns from Kyiv that the US president may scale-back support for the country.

"I do respect [Putin], but I respect a lot of people," Trump said in an interview Fox News' Bill O'Reilly.

"I say it's better to get along with Russia than not and if Russia helps us in the fight against ISIS, which is a major fight, and Islamic terrorism all over the world...that's a good thing."

A day after Trump spoke with Putin, violence erupted in the conflict-hit region, leaving at least 33 people dead, including Ukrainian troops, rebels and civilians.

Top rebel commander Oleg Anashchenko was killed in a car explosion on Saturday, marking a setback for the pro-Russia separatists.

US Senator John McCain on Thursday called on Trump to provide support for the Ukrainian government, including authorizing defense funding for the country's armed forces.

"Vladimir Putin's violent campaign to destabilize and dismember the sovereign nation of Ukraine will not stop unless and until he meets a strong and determined response," McCain said in a letter to the president.

"We should do so once more by giving our Ukrainian friends the assistance they need and deserve. Failing to do so now not only risks Ukraine's sovereignty, but the further erosion of American credibility," he added.

Nearly 10,000 people have been killed and more than half a million children affected by the conflict, according to UN figures.