President Trump has tweeted Biden "won" the race because the election was "rigged" but then clarified he was not admitting defeat. Trump's latest comments come after a pro-Trump rally in Washington DC turned violent. 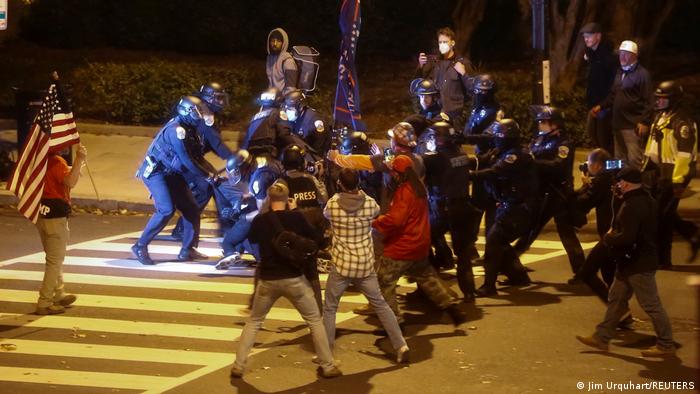 For the first time since the US election, President Donald Trump seemed to hint that his rival Joe Biden had, in fact, emerged as the victor. However, Trump also reiterated his claims of electoral fraud, without providing evidence.

"He won because the Election was Rigged," Trump said in a tweet on Sunday.

Soon after this message, however, Trump clarified that Biden "only won in the eyes of the FAKE NEWS MEDIA."

On Saturday, Trump tweeted there was "tremendous evidence" of voter fraud, but also failed to provide any proof.

His Sunday tweet comes after clashes broke out in Washington DC between Trump's supporters and counterprotesters. Tensions in the US remain high over unsubstantiated claims of voter fraud in the November 3 election.

Videos posted on social media showed fistfights, projectiles and clubs as Trump supporters clashed with those demanding they take their MAGA hats and banners and leave.

A least one person was stabbed and police made at least 20 arrests as the tensions extended to Sunday morning, according to US media.

A variety of charges, including assault and weapons possession, were filed against those detained, officials said.

Two police officers were injured and several firearms were recovered by police.

Earlier on Saturday, Trump supporters marched through the US capital in support of his claims of electoral fraud.

President Trump's motorcade passed by the crowd shortly after the event began. Videos posted on social media showed the incumbent commander-in-chief waving from his car.

US security officials have dismissed Trump's claims of a fix, saying last week's White House vote was "the most secure in American history."

But that didn't stop some of those in attendance from falsely calling Trump the winner of the election or from sharing conspiracy theories about a movement to bring down the current president.

'If you tell me that Biden won, you are insane'

Members of the far-right, white-nationalist group "Proud Boys"were seen mingling with the marchers, as the crowd chanted "Arrest Joe Biden!"

"The deep state is all against Trump," one protester told DW. "Don't believe it for a second. There's tons of voter fraud out there."

Organizers have given the rallies various names, including the Million MAGA March, the March for Trump and Stop the Steal. MAGA is an acronym for the Trump campaign slogan "Make America Great Again."

Organizers and right-wing media figures, along with the White House officials, have predicted a huge turnout. While the crowd was modest at the outset, the march gained steam in the hours that followed.

Many of those taking part in the pro-Trump rally did so without wearing face masks or socially distancing. On Friday, the US announced a high in daily coronavirus cases of 184,000. Over 245,000 people have died in the United States of COVID-19 and more than 10 million people, including Trump, have been infected.

Biden locked out of intelligence briefings

The US president has so far refused to officially concede defeat to Joe Biden, who all major US media outlets project to be the winner of the November 3 election.

President-elect Biden, a Democrat, is projected to have won 306 electoral college votes, compared to President Trump's 232. 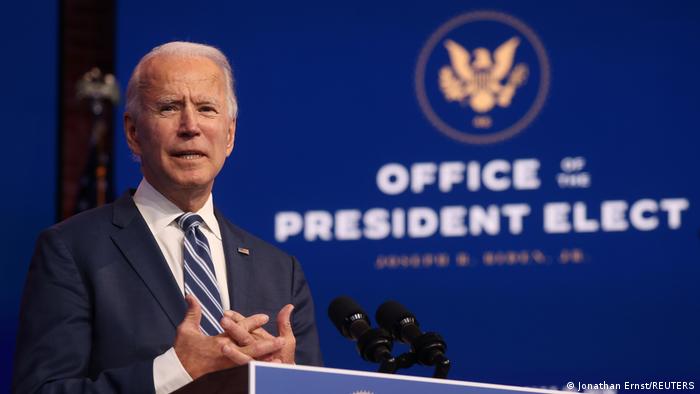 Judges in Arizona, Michigan and Pennsylvania on Friday rejected a series of legal challenges by the Trump campaign to seek a review of results in those three states.

Biden's team have said Trump's failure to recognize his defeat is hurting national security because the president-elect has not yet received any daily intelligence briefings.