Nearly 4.6 million people would like to have had more work last year than was available, new government statistics suggest. Despite record low joblessness, one in five Germans is classed as marginally employed. 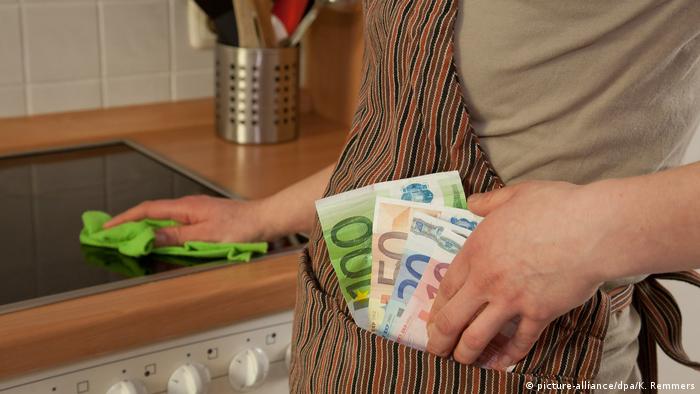 Although 2.2 million people in Germany are officially classed as underemployed, more than double that figure would like to have worked more in 2018 than they did.

The group was made up of 1.5 million unemployed people, 925,000 people among the so-called "hidden labor force," and those officially classed as marginally employed.

Underemployed or marginally employed persons are those who are in work but who have the desire and are able to increase their hours. In 2018, they made up 5.3% of the workforce aged 15-74.

The Federal Statistical Office said those surveyed only wanted to increase their work time by a few hours a week and pointed to a strong economic performance that left 153,000 fewer jobless people last year.

Germany has seen a rise in those classed as marginally employed since a major reform of the welfare system in 2002. The government allowed the creation of Mini-Jobs, which pay €450 ($512) or less per month.

Separate figures released last November by the Federal Employment Agency revealed that one in five Germans is now marginally employed.

At the end of March 2018, 7.6 million of the 32.7 million jobs in which social security contributions were being paid were classed as marginal employment.

According to the same statistics, about 8.5% of full-time employees in Germany also have a "mini-job" — or about 2.8 million people, which is 1 million more than a decade ago.

Despite the many underemployed, 1.4 million people said they wanted to work less last year, according to the data released on Friday, even if it meant a cut in salary.

These were mostly full-time professionals and their number has changed little.

The World Economic Forum downgraded Germany, saying that its lagging internet and mobile networks are the country's "biggest weakness." The US lost its spot as the world's most competitive economy to Singapore. (09.10.2019)

Germany has marked a slight drop in unemployment despite fears of recession, with the joblessness rate dipping under 5% in September. German analysts worry about the fallout of Brexit and US protectionist policies. (30.09.2019)