One in five working Germans is marginally employed

Each year, tens of thousands more Germans are underemployed or have to take a second part-time job to make ends meet. Opposition politicians fear the state is subsidizing greedy employers. 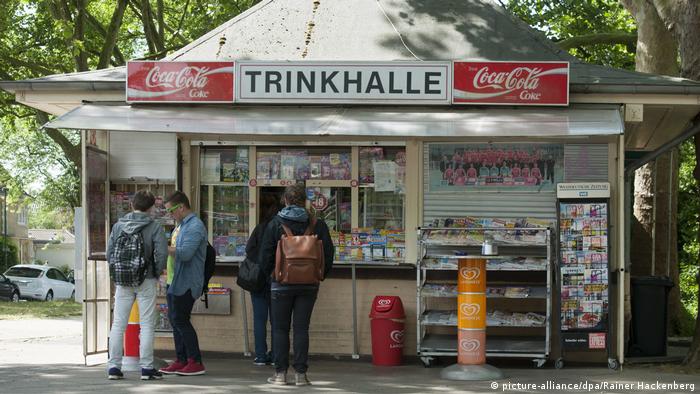 According to new numbers from the federal government, one in five Germans has a "Mini-Job," a name for a type of marginal employment which pays €450 ($512) or less a month.

The figures released by the Federal Employment Agency after a parliamentary request from the Left party show that the number of Germans precariously employed in this fashion has increased by at least 50,000 in a single year.

Germany likes to tout its low unemployment rate, but the number of people who are either underemployed or must take a Mini-Job on top of their regular employment to make ends meet is increasing at a significant rate.

In addition, a new report released on Wednesday found that poverty threatens 20 percent of Germany's population as the cost of living skyrockets without a commensurate growth in wages.

The Rheinische Post newspaper reported that, despite the introduction of a minimum wage in Germany in 2015, employers have continued to take advantage of the fact that no taxes have to be paid on wages €450 or under.

On top of this, about 8.5 percent of full-time employees in Germany also have a Mini-Job — or about 2.8 million people, which is 1 million more than ten years ago.

'Regular jobs are being replaced'

Marginal employment is especially prevalent amongst retirees who find their pension barely covering their expenses. In the past six years, the number of marginally employed pensioners has risen by 27 percent.

"The number of Mini-Jobs is growing and regular jobs are being replaced," said Left party politician Susanne Ferschl. "The often well-educated marginally employed cannot live off this wage and are dependent on government support. So the state is subsidizing companies that save on wages through Mini-Jobs."

Currently, the minimum wage in Germany is €8.84 an hour and is set to increase to €9.35 in 2020. However, the Social Democrat (SPD) Labor Minister Hubertus Heil has expressed his desire to see a €12 minimum wage sooner rather than later.

The gap between rich and poor in the European housing market is widening as the number of homeless people on the continent grows, according to a new study. Germany, too, has been affected — for a number of reasons. (21.03.2018)

Germany's struggle to keep its middle class from shrinking 04.12.2021

In Germany, barriers to entering the middle class are higher than they were 30 years ago. The new SPD-led government has plans to change that.