Figures show that Germany is home to some of the safest roads in the world. Despite global progress in road safety, the situation is dire in low-income countries. 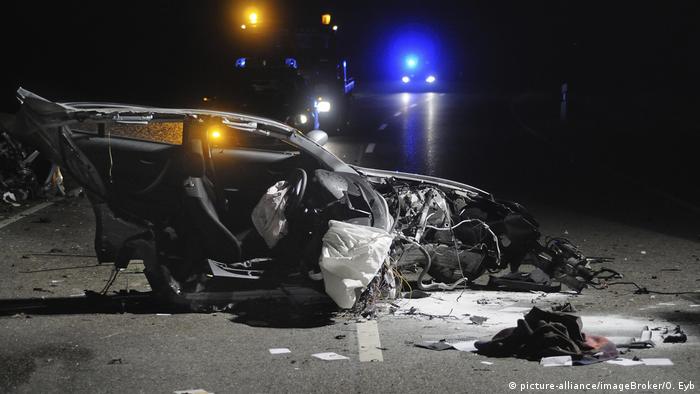 The World Health Organization (WHO) on Friday said road accidents kill more than one million people per year in its latest report on traffic-related deaths across the globe.

"This report shows that the problem is getting worse," said WHO Director-General Tedros Adhanom Ghebreyesus. "Deaths from road traffic crashes have increased to 1.35 million a year. That's nearly 3,700 people dying on the world's roads every day."

While the figure has increased over the past three years by roughly 100,000, the report suggests that traffic-related deaths have largely stabilized, in part due to increased government regulation limiting key risks, such as speeding and drinking and driving.

Read more: How can India fix its deadly highways?

Europe had the lowest road traffic deaths rate, in line with the trend that higher-income countries tend to have fewer deadly accidents. The death rate in Europe was 9.3 per 100,000 people, much lower than Africa, which had the highest rate at 26.6.

"Whereas 60 percent of countries with laws meeting best practice are from the European region, only 2 percent are from the African region," the report said.

Read more: Road deaths in Germany fall to all time low but accidents on the rise

Despite progress in road safety in several countries across the globe, road accidents have taken their toll on society's most vulnerable people.

"One of the most heart-breaking statistics in this report is that road traffic injury is the leading cause of death for people aged between 5 and 29 years," WHO chief Ghebreyesus said.

"No child should die or be seriously injured while they walk, cycle or play."

"The King" is back and telling people when they can cross the road. The German town of Friedberg is the latest German city to transform its traffic lights with famous characters. (06.12.2018)

Germany's transport minister has said he wants to ease rules on car-pooling companies such as Uber. The US company has failed to take off in the country — its freelance driver-based model runs afoul of existing laws. (17.11.2018)