The number of deaths on German roads last year fell to 3,214, but there were 2.6 million accidents. It was the highest number of traffic accidents since reunification. 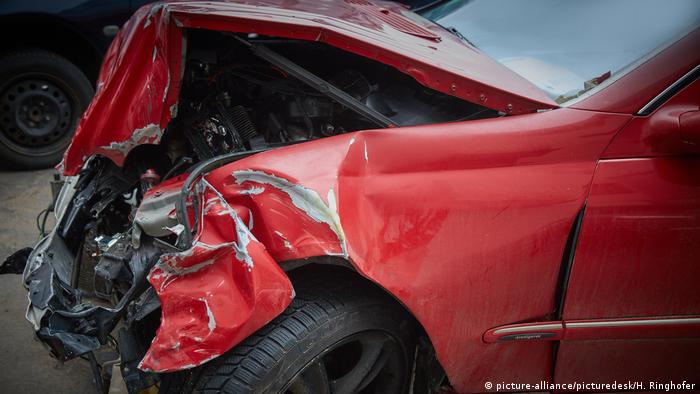 The number of people killed on German roads has fallen to its lowest level since the founding of the federal republic more than 60 years ago.

According to data released on Friday by Germany's Federal Statistics Office (Destatis), 3,214 people were killed in car accidents in 2016. That's 245 fewer recorded deaths than the year before, a fall of 7.1 percent.

However, the figures do not suggest that Germany's roads are safer as 2016 saw the most accidents nationwide with some 2.6 million incidents recorded, almost 3 percent higher than the year before and the highest since German reunification.

There was also cause for alarm in the number of accidents involving two-wheel vehicles, namely bicycles and scooters, the number of deaths rising by 8.5 percent and 4.3 percent respectively.

However, motorcycle-related deaths sank by 15.7 percent.

Driving dangerously in the east

Destatis' figures broke down the number of traffic-related deaths by federal state, with Bavaria, Berlin, Hamburg, Saarland and Schleswig-Holstein all seeing a rise in the number of deaths, while Brandenburg and Baden-Württemberg saw a major drop.

Destatis has been recording road accidents since as long ago as 1952 for both the western federal republic and the former eastern German Democratic Republic.

By the mid-50s, the number of annual road deaths stood at around 14,000, before spiking in 1970 at 21,000. Since then, the number of road deaths has sunken dramatically, thanks in no small part to changes in the law that have since made it compulsory for drivers to wear seatbelts and motorcyclists to wear helmets, while also lowering the legal per mille limit limit for blood-alcohol content when driving.

Carmakers, meanwhile, will correctly point out that the technical safety specifications in vehicles have also dramatically improved since.