Germany's transport minister has said he wants to ease rules on car-pooling companies such as Uber. The US company has failed to take off in the country — its freelance driver-based model runs afoul of existing laws. 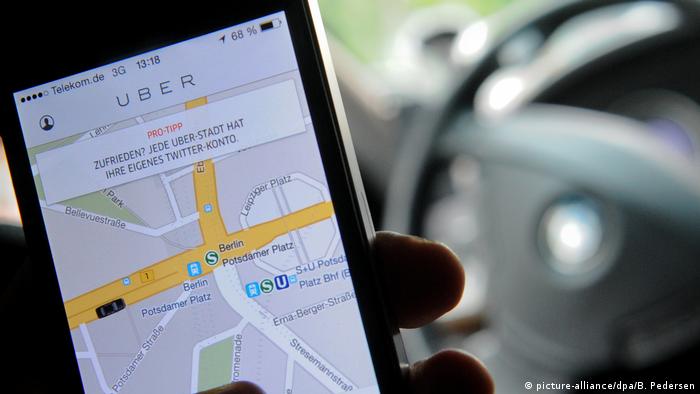 Services offered by Uber and other companies could help provide critical services in rural areas, Scheuer told the magazine.

The transport minister said he wanted to change existing laws to allow such service providers to operate in Germany.

"We can create new possibilities, especially in rural areas and for older people, with car services and pooling systems," said Scheuer, a member of the conservative Bavarian Christian Social Union. "That is a giant opportunity."

Uber, valued at about $70 billion (€61 billion), has failed to take off in Germany, where its freelance driver-based model has struggled with existing laws. Currently, only taxi drivers licensed by local authorities are permitted to accept contracts from individuals.

"I'm against bans and limits. I'm for incentives," Scheuer told the magazine. "We can't just exclude a service provider."

Scheuer's ministry has been working on reforming passenger transportation laws. It was not immediately clear if allowing car-pooling services is part of the ongoing reform process.

Uber, which is active in more than 60 countries, faced legal battles with taxi drivers and city authorities when it first made its foray into Germany in 2014 — as it has in other countries, as well. Its business model of using unlicensed cab drivers was ruled illegal by a German court. Uber has also faced similar bans in several other European cities.

Currently, Uber's app offers rides with licensed taxi drivers in Berlin and Munich. The company aims to have a presence in every major German city by 2020.

The company, which is facing stiff competition and regulatory troubles in its key US and Asia markets, is eager to make it big in Germany. It's working with licensed private car services, which act as subcontractors for Uber.

Are we seeing the end of the You economy?

New York has tightened its regulation of ride-hailing services such as Uber and other competitors. What will that mean for the so-called You economy? DW correspondent Anne Schwedt is looking for answers. (20.08.2018)

Brexit: UK to restart trade talks with EU after threatening to quit 25m ago