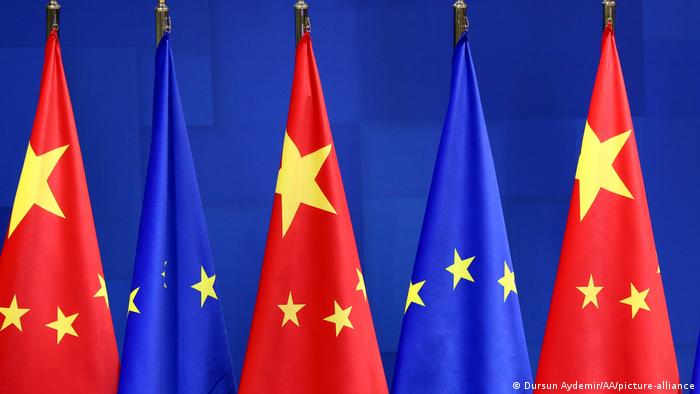 Politicians around Europe condemned China's retaliatory sanctions after the EU moved against several top officials in China on Monday.

"Rather than change its policies and address our legitimate concerns, China has again turned a blind eye and these measures are regrettable and unacceptable," EU foreign policy chief Josep Borrell said, commenting on China targeting EU officials and lawmakers.

Earlier on Monday, the European Union, United States, United Kingdom and Canada imposed sanctions on Beijing over human rights abuses against the Uyghurs in Xinjiang.

European Parliament President David Sassoli said Beijing's sanctions on EU lawmakers and the parliament's subcommittee on human rights were "unacceptable and will have consequences."

"The words of the Chinese Embassy in France and the actions against European elected officials, researchers and diplomats are inadmissible," Foreign Minister Jean-Yves Le Drian said. "I requested that the Chinese ambassador be summoned to remind him firmly of these messages."

Belgium's Deputy Prime Minister Sophie Wilmes said Brussels "will follow this up with our EU counterparts" on the Chinese response.

"They are no longer satisfied with just oppressing free speech in their own country. They now want to externalize that. I think they're underestimating the resilience of democracies," he told DW.

Michael Gahler, another European parliamentarian sanctioned by China, told DW that Beijing's reaction, "Makes dialogue more difficult, it is also totally unjustified." He said the EU must maintain its general policy approach to "cooperate when possible, compete when needed and confront when necessary."

Gahler justified the EU's approach toward China by claiming Brussels' sanctions "are about shedding a light on events that are ongoing" in Xinjiang.

Gahler says the sanctions and counter-sanctions make it difficult to tell whether the European Parliament will eventually ratify the Comprehensive Agreement on Investment (CAI) — an EU-China trade deal — when the time comes, saying, "We have to conduct a thorough discussion on how to react."

What steps did the EU take?

The EU issued travel bans and asset freezes on senior Chinese officials in the Xinjiang region. This is the first time the bloc has imposed punitive sanctions on China for human rights abuses since the Tiananmen Square massacre in 1989.

US Secretary of State Antony Blinken said "a united transatlantic response sends a strong signal to those who violate or abuse international human rights, and we will take further actions in coordination with like minded partners."