Church employers who advertise jobs must submit themselves to scrutiny by secular courts, the European Court of Justice has ruled. The case was brought by a non-confessional anti-discrimination expert in Berlin. 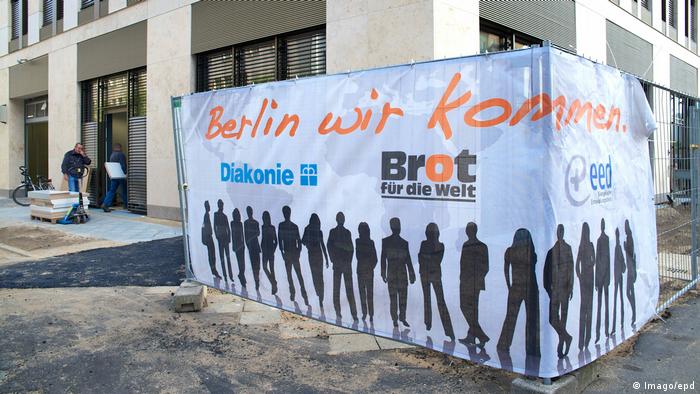 The decision applies even though such safeguards have been upheld in EU treaties.

Labor courts were allowed to determine whether church employers had correctly applied their religious ethos to applicants, the ECJ said, adding that churches could only demand confessional allegiance when the job profile made it "significant, legal and justified."

The ECJ ruling means that German courts must next decide whether full damages — put by the complainant in the actual case at nearly 10,000 euros ($12,300) — should be granted to her.

Religious organizations in Germany employ around 1.3 million people, largely in social services and schools cooperatively funded from tax revenues despite constitutional separation between state and church.

Tuesday's ruling stems from an unsuccessful job application made in 2012 by Berlin anti-discrimination expert, Vera Egenberger, to work for a development agency within Diakonie, a nationwide charity belonging to the EKD.

The task attached to the advertised 18-month contract was to prepare a report on Germany's compliance with the United Nations' International Convention on the Elimination of All Forms of Racial Discrimination.

Diakonie instead took another candidate, rejecting her, said Egenburger, because of her lack of confessional faith, which she said, breached the EU's own charter and the EU's equal employment directive instituted in 2000.

Diakonie argued that it was allowed to treat prospective employees differently because of exceptions allowed in the 2000 directive and the EU treaty on the blocs' functioning that uphold long-standing safeguards for churches and religious organizations.

Egenberger took her case to the Berlin Labor Court, seeking nearly 10,000 euros ($12,300) in damages. It ruled she had suffered discrimination but awarded a fifth of that.

The case ended up before Germany's Federal Labor Court in Erfurt, which then submitted a cluster of questions to the European court.

Ahead of Tuesday's ruling, Advocate General Evgeni Tanchev in his 26-page submission had told the ECJ that Article 9 in Germany's General Equal Treatment Act (AGG), still allowed a "difference in treatment by religious organizations."

This was, however "problematic," wrote Tanchev, one of 40 court advisors and himself a former president of Bulgaria's constitutional court.

He pointed out that Article 9 had already attracted criticism from the UN Human Rights Committee for breaching UN anti-discrimination precepts.

The right of religious organizations to autonomy and self-determination was acknowledged as a fundamental right under EU treaty law, he added.

And, its forerunner, the 1919 Weimar constitution, allowed religious organizations to "regulate and administer their affairs independently," but within the limits of the law applying to all.