The first cases of COVID-19 have been reported in the Olympic Village in Tokyo, just one week ahead of the start of the Games. In total, there have already been almost 60 coronavirus infections linked to the Games. 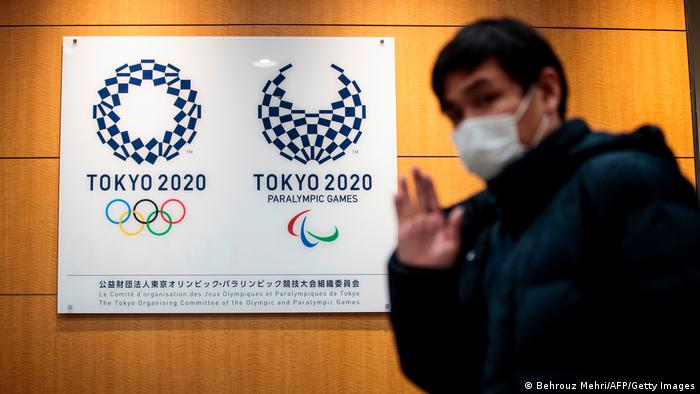 Czech beach volleyball player Ondrej Perusic has become the third athlete to test positive for the coronavirus in the athletes village for the Tokyo Olympics.

The Czech Olympic Committee announced the positive test on Monday, saying he had been taken to a hotel.

Perusic is the third athlete to test positive for COVID-19 at the Olympic Village after the positive tests of two members of South Africa's men's football team, less than a week ahead of the start of the postponed 2020 Summer Olympics.

"There is daily screening," said South African head coach Mxolisi Sibam, insisting his squad had been following COVID protocols. "Masha and Monyane reported high temperatures and positive saliva tests, and were then taken to do the nasal test, and they unfortunately tested positive. Mahlatsi is the latest player to go through the same process."

Organizers had earlier reported a third athlete who was not yet in the Olympic Village had also tested positive, as have five Olympic staff members and one journalist. IOC member Ryu Seung-min, the South Korean Olympic table tennis champion from 2004, also tested positive upon arrival in Japan and is in isolation.

Also on Monday, an official in Inzai, just east of Toyko, announced that a female gymnast from the United States had tested positive for coronavirus.

The official said that the gymnast was in her teens and that they'd determined she had one close contact. USA Gymnastics later issued a statement saying the gymnast is question was an alternate.

In total, organizers have reported at least 59 COVID-19 cases directly linked to the Games, and an IOC spokesperson said they were "relieved that all protocols were followed and that the infection was identified."

The 6,700 athletes in the Olympic Village are subject to strict rules and regulations. They must undergo daily COVID-19 tests, maintain social distancing and cannot move freely outside official Olympic venues.

"The inhabitants of the Olympic Village are the most-tested group of people in the world," said another spokesperson. 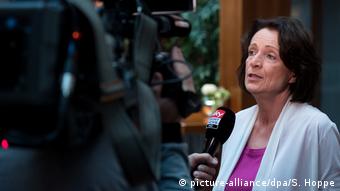 But the emergence of so many cases before the Games even start has attracted withering criticism from abroad, including from Germany.

"What was always going to happen has happened: 55 COVID-19 cases, and only a fraction of the athletes and officials have arrived in Tokyo," Dagmar Freitag, the chair of the German government's sport select committee, told the SID news agency before the latest cases were announced.

The Social Democratic Party (SPD) lawmaker added: "The IOC is clinging on to the fairy tale of the most secure Olympic Games in a thoroughly irresponsible manner."

The majority of Germany's "Team D" was set to fly out to Japan from Frankfurt on Sunday afternoon, and Chef de Mission Dirk Schimmelpfennig saw no reason to panic.

"We knew from the outset that we have to pay attention at all times and avoid contact as much as possible," he said. "We are very well prepared with around 95% of the team fully vaccinated and measures such as daily tests, strict wearing of masks and maintaining social distance."

German javelin thrower Johannes Vetter was also unconcerned. "We have corona – worldwide," he said on Sunday. "So it's logical that there will be cases at the Olympics, too. Of course, I'm not underestimating the virus, but I'm not worried."

The 28-year-old gold medal favorite said he's been dealing with the pandemic sensibly for 18 months. "I pay huge attention to the rules and to the people around me, and I'm fully vaccinated," he said, adding that the "professional approach" of the Japanese organizers has made him feel "more secure."

Olympic Games Executive Director Christophe Dubi attempted to assuage fears on Sunday, insisting: "We are keeping the risk [of infection] to an absolute minimum."