Location, location, location: Thanks to its geostrategic position, the small African nation of Djibouti receives a lot of attention from major world powers. But its population hardly benefits from this. 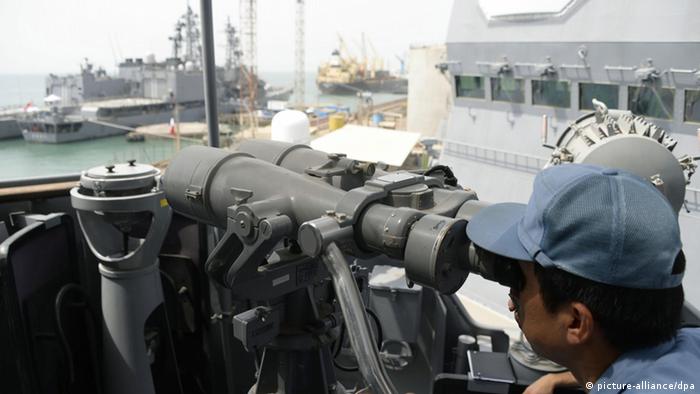 Japan has long had a military presence in Djibouti

The small country of Djibouti, located on the Horn of Africa, has a population of less than 1 million people. But military strategists and security policymakers worldwide consider the country at the top of their lists when it comes to geopolitics.

The United States, France, China and Japan, among other countries, have maintained military bases in Djibouti for several years. Saudi Arabia and India could soon join their ranks.

With Djibouti located at at the entrance to the Red Sea — one of the most sensitive straits in global trading —  the small nation plays a major role for stakeholders far and wide. Positioned directly at the Bab al-Mandab Strait, anyone wanting to travel from Asia to Europe or vice versa by ship via the Suez Canal has to pass through Djibouti. 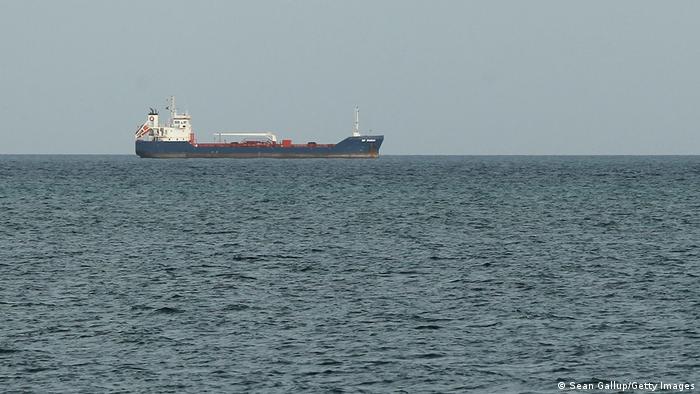 Djibouti's coast is of great strategic importance to global trade

Over 10% of world trade passes along the coast of Djibouti. Therefore, various economic world powers have a stake in securing their goods that pass through the strait, especially with their military presence. With threats like Somali pirate ships posing a challenge to these global supply chains, Djibouti's stability in a crisis-ridden region is a welcome anchor point for many world powers.

Peace in an unstable region

Djibouti's neighbors have their share of issues. In Somalia, the terrorist group al-Shabab continues to fight against the government, regularly carrying out attacks on the civilian population. In Ethiopia, Prime Minister Abiy Ahmed's government is involved in a conflict with the defiant Tigray People's Liberation Front (TPLF), which has spilled over into neighboring Eritrea.

And, just across the Bab al-Mandab Strait, on the Arabian Peninsula, the civil war in Yemen has been raging on since 2014, with multiple players from the Gulf region engaging in a proxy war with Iran.

Thus Djibouti has become a hub for the international community as it has largely been spared all the internal unrest. Whether as a base for counterterrorism operations conducted by US special forces or for evacuations of civilians from crisis areas, the country's rise to a regional hub over the past 20 years is also the result of a deliberate strategy, says Annette Weber, an expert on the Horn of Africa at the German Institute for International and Security Affairs. "This didn't just happen but was also planned and carried out by Djibouti itself," Weber told DW.

Though there is always some danger involved in hosting foreign soldiers, the military presence in Djibouti from many different countries means that hardly anyone would dare attack the country. "Of course, this provides security and can ultimately also be a locational advantage for the local economy," Weber said.

A mountain of debt

The man who made Djibouti such a hot spot for international military activity is Ismail Omar Guelleh. He has been ruling the small country as president for more than two decades now.

On April 9, he will stand for election for the fifth time. Meanwhile, the opposition is boycotting the ballot for the most part, and the election will feature only one other candidate's name on the ballot. Observers expect the authoritarian ruler to win the election again.

According to Hassan Khannenje, director of the Nairobi-based regional think tank the HORN Institute, Guelleh's political course has not translated into prosperity and wealth for Djibouti, at least not to date. "If you look at the situation on the ground, the main thing you see is that people are still very poor. Djibouti is still one of the poorest countries in the region," he told DW, adding that there is no evidence that the economic situation has seen any improvement compared to neighboring countries. 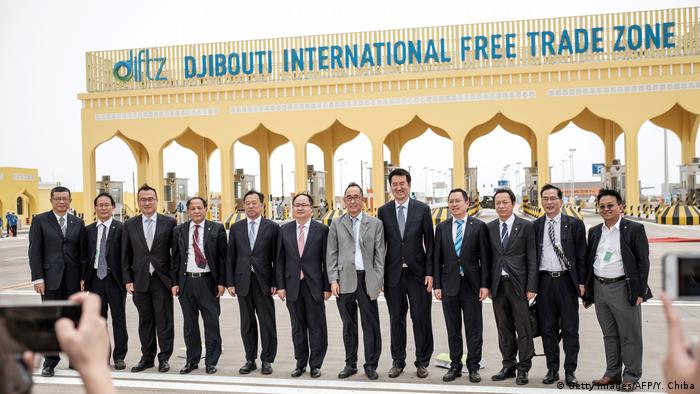 Djibouti's national debt has risen sharply in recent years — reaching about 70% of its present gross domestic product. The government has invested the borrowed money in extensive infrastructure projects, including the railroad line between Addis Ababa in Ethiopia and Djibouti's capital, Djibouti city. The funds have also gone into investing in the port and creating a special economic zone. But with the money coming primarily from Chinese financiers, the terms and conditions attached to the loans might be questionable.

Jean-Pierre Cabestan, a professor of international studies at Hong Kong Baptist University, researches China's growing influence in Djibouti. He says that, in fact, "Guelleh has managed to make the most of Djibouti's geopolitical location.

The port generates regular income for the state budget, and rental income from the military bases — amounting to more than €100 million ($119 million) annually — is also a significant source of foreign currency coming into the country.

But there are questions about the real motive for why Guelleh and his government wish to turn the country into a major industrial player, especially when it comes to why they're using Chinese loans to do so. "I doubt that Djibouti will ever become more than a transit center for Ethiopia and the region. The population is very small, and it will take a very long time to train enough people to work in industrial companies," Cabestan said in an interview with DW.

Stability — for the rulers

Khannenje said the presence of China and other global players posed another problem. "These military bases serve as protection for the ruling elites because of course, these powerful people have an interest in maintaining the status quo in the country," Khannenje said. 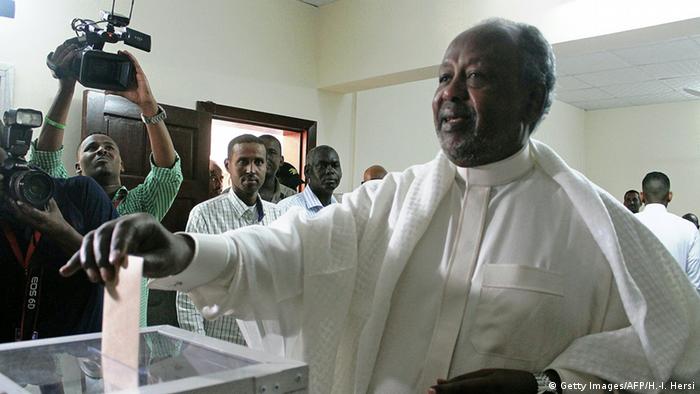 Maintaining that status quo would hinder the strengthening of democratic processes in the country, where the influence of traditional clans strongly characterizes social structures. "Through these relations with major powers, the rulers can generate income to maintain their patronage networks, and thus secure their power in the country."

If Guelleh is reelected on April 9, he would have the longest tenure of any president since Djibouti's independence from France in 1977. The current record holder is his immediate predecessor, Hassan Gouled Aptidon — Guelleh's uncle — who spent 22 years in office.