Timeline: How the current Israel-Hamas conflict has expanded | Middle East | News and analysis of events in the Arab world | DW | 18.05.2021

A now nearly two-week battle between the Palestinian Islamist group Hamas and Israel has created a humanitarian crisis. The conflict is is growing in scope and showing no signs of abating. 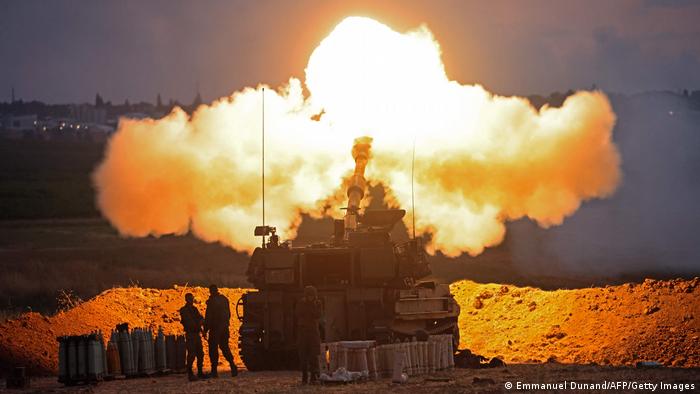 Israeli soldiers fire a howitzer toward the Gaza Strip from their position at the border on May 17, 2021

Since May 10, countless missiles have been streaking back and forth between Gaza and cities across Israel in one of the deadliest episodes of the Israeli-Palestinian conflict in years.

A dispute that started in a Jerusalem neighborhood has spiraled into a war that now spans Israel, the Palestinian territories and parts of Lebanon.

Here is how the violence has intensified and expanded:

Mid-April to early May: Sheikh Jarrah district in Jerusalem

Six Palestinian families face a looming eviction from the houses where they have been living since the 1950s. The case sparks clashes between Palestinians and Israeli security forces around the neighborhood. These later intensify as gangs of young Israeli Jews march in the streets of East Jerusalem chanting "Death to Arabs." Violence between Arabs and Jews spreads to other parts of the city and triggers several riots. 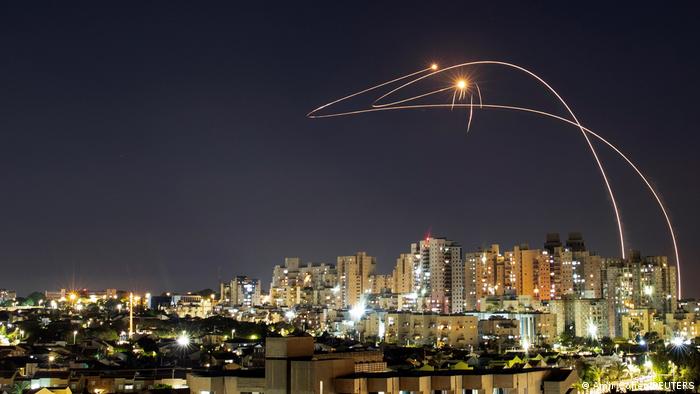 May 7: Al-Aqsa Mosque in Jerusalem

Clashes break out at the Al-Aqsa Mosque compound, one of Islam's most sacred sites — an area also revered by Jews as the Temple Mount. As Muslim worshipers pack the mosque for Friday prayers, Jewish groups approach the area to celebrate the day marking Israel's capture of East Jerusalem in 1967. Clashes between Palestinians and Israeli police ensue that leave hundreds of Palestinians and around 20 police officers injured. In the afternoon, the Palestinian militant Islamist group Hamas, which has controlled the Gaza Strip since 2007 and is classed as a terrorist organization by both the EU and US, among others, sends an ultimatum, threatening to attack if Israel does not withdraw its armed forces from the mosque compound and Sheikh Jarrah.

As the deadline passes, Hamas' rockets target Jerusalem for the first time in years, with the first shot fired on May 10. Israel's Iron Dome missile defense system intercepts one of the rockets. The others damage properties but leave no casualties. In response, Israel responds with airstrikes on Gaza, killing two children. 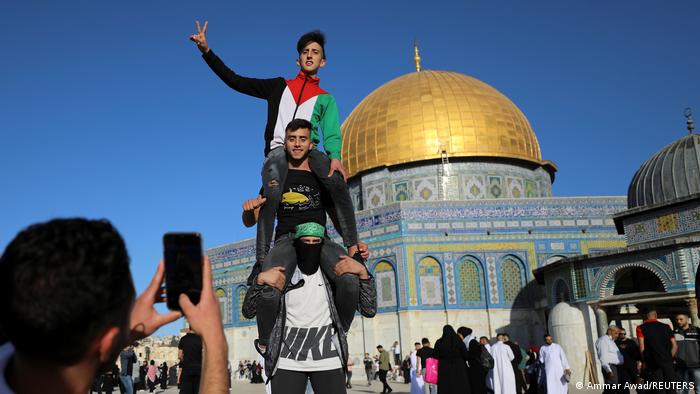 May 11 through May 12: Several Israeli cities and Gaza

The exchange of fire continues, intensifies and targets more cities. An Israeli airstrike destroys a Gaza city tower block that was said to host the offices of senior Hamas officials. In other attacks, Israel kills about 10 senior Hamas military figures along with dozens of civilians. In addition to airstrikes, Israeli artillery and tanks fire at the Palestinian enclave from inside Israeli territory. In return, Hamas rains rockets down on Israeli cities including Tel Aviv, Ashkelon and Beersheba.

In mixed Jewish-Arab towns, riots flare up. Authorities of several cities declare a state of emergency, and police arrest hundreds of Arab and Jewish rioters.

May 13 through May 15: Israel, West Bank, Gaza, Syria and the Lebanese border

On the other side, the Israeli military claims three rockets have hit Israel from Syria. Damascus does not respond to the accusation.

At the border between Lebanon and Israel, Israeli troops shoot dead a 21-year-old Lebanese member of Hezbollah.  He and others were protesting in support of Palestinians on the Lebanese side of the border and tried to cross a security fence on the border. 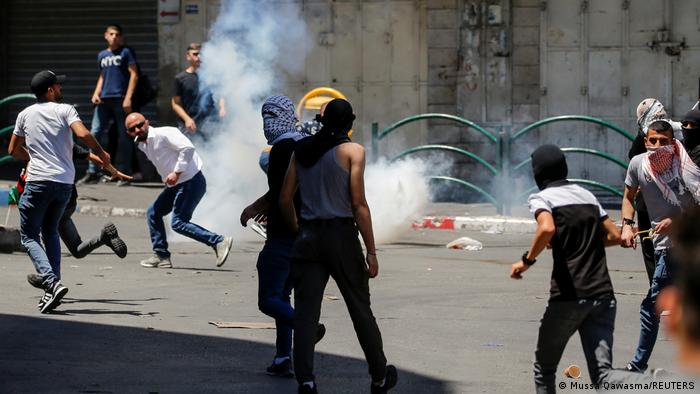 Palestinians have demonstrated against the situation in Gaza, as here in Hebron in the West Bank

May 17 through May 18: The violence expands to Lebanon

Six rockets are fired from Lebanon toward Israel but fall short into Lebanese territory. Israel responds by firing into southern Lebanon on Monday night.

The violence is now in its second week. It has killed more than 200 people in Gaza and 12 in Israel and left many more injured.