Lhasa Chengtou, Tibet's only professional football club, is set to withdraw from China's third tier. The reasons behind the move are neither financial nor political, rather where the club plays its home matches. 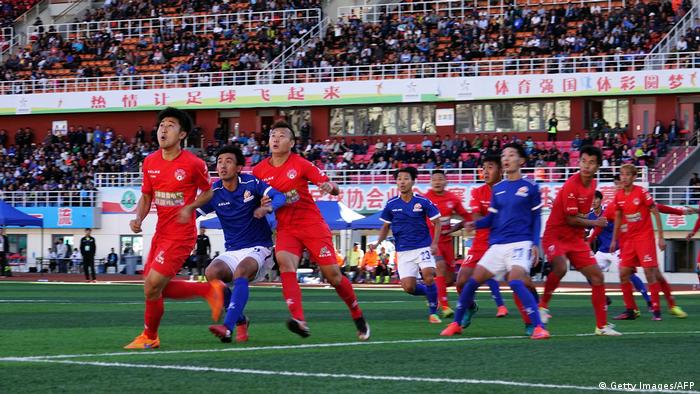 Tibet's only professional football club is throwing in the towel.

According to the Hong Kong-based South China Morning Post, Lhasa Chentou's players, coaches and staff  were informed last week that the club was set to be dissolved — although there has been no official announcement as yet.

The reason behind the move is that the Chinese Football Association (CFA) has once again rejected the club's application to play its home matches in Lhasa. The air in the Himalayan region is simply too thin for visiting teams to compete.

Up to 30% get altitude sickness

The club's home ground is located at 3,650 meters (11,700 feet) above sea level. There, the oxygen partial pressure — the pressure with which oxygen is pressed into the lungs — is about a third lower than at sea level. As a result, between 20% and 30% of people who are not acclimatized become ill at this altitude.

In 2007, FIFA, world football's governing body, banned international matches from being played at an altitude higher than 2,500 meter above sea level because of this danger, and later raised the floor to 3,000 meters. Following protests by the South American football confederation CONMEBOL, however, this ban was rescinded in 2008.

Lhasa Chengtou was founded in 2017 as an amateur club and one year later it turned professional. Two years after its founding, Lhasa gained promotion to the China League Two, the country's third tier below the Chinese Super League and the China League One.

Even then, CFA denied the club the right to play at home in Lhasa. Instead, Home matches were played first in Huizhou in eastern China, some 2,500 kilometers (1,553 miles) from Lhasa, and later in Deyan in central China, still some 1,300 kilometers away. 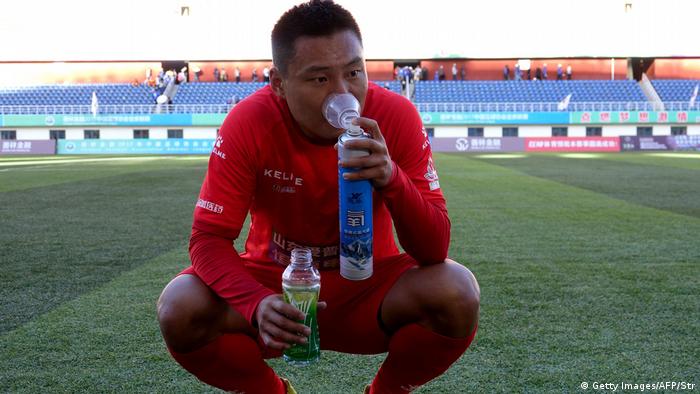 According to the state-run Chinese newspaper Global Times, Lhasa Chentou have only been able to play two games in Tibet's provincial capital — and these came when it was still an amateur club. In both of those matches, the referee was under instruction to stop play every 15 minutes so that the players could breathe in bottled oxygen.

Not the first club to withdraw

Lhasa are set to become the 17th professional football club in China to withdraw from play prior to the start of the upcoming season, which has been postponed due to the coronavirus outbreak. Most of the other clubs have cited financial difficulties for pulling out, but the Global Times quoted Lhasa Chentou's manager as saying that "finance is not an issue for the team." The Tibetan club is supported financially by the state-owned Lhasa Urban Construction Investment Management.

It also appears that there are no political reasons behind the club's decision to disband. China declared the previously independent Tibet part its territory in 1951, following a military invasion. In India alone, there are currently around 100,000 Tibetans living in exile, including the Dalai Lama, who remains Tibet's spiritual leader, but was once also its secular leader as well.

German football coach Kevin Stotz spent a season and a half working in the Chinese Super League. He spoke to DW about the challenges of working in China and the country's chances of becoming a footballing power. (20.11.2017)

Is there any substance to China’s football revolution?

A string of big name, big money transfers has forced the world to sit up and take notice of Chinese football. DW’s Michael Da Silva traveled to Shanghai to see if there’s any substance to China’s football revolution. (01.08.2017)