Is there any substance to China’s football revolution?

A string of big name, big money transfers has forced the world to sit up and take notice of Chinese football. DW’s Michael Da Silva traveled to Shanghai to see if there’s any substance to China’s football revolution. 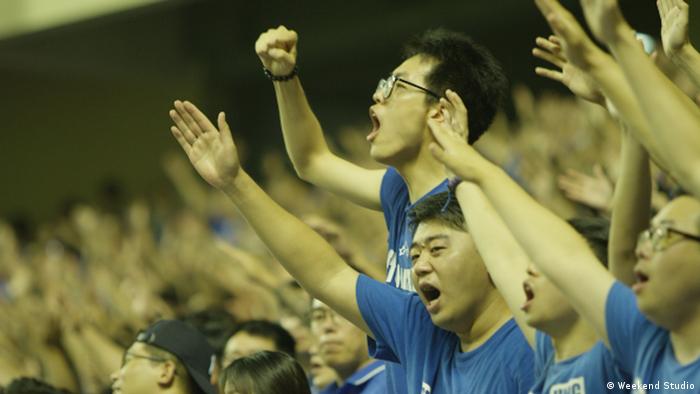 China has big plans: A domestic league to rival the Premier League by 2020 and a World Cup by 2030 are the medium and long term aims of a country whose love-affair for football is being spearheaded by President Xi Jinping. His love of football is bankrolling the biggest explosion the game has ever seen in China.

The Chinese Super League (CSL) has grabbed the attention of the football world by pulling off some astonishing signings. Brazil midfielder Oscar is perhaps the biggest of them all; the 25-year-old turned his back on English champions Chelsea to pursue an eye-watering salary in China.

Big business plays a huge role in the money flowing into the league. Port management company SIPG own Shanghai SIPG, Oscar's club, and investment firm Sinobo are financing Beijing Guoan, a club now coached by former Leverkusen head coach Roger Schmidt. The German coach is enjoying a honeymoon period that has seen his new team win four games from four so far, and he sees potential in a league that he feels can go from strength to strength.

"My impressions are that the Chinese players really want to improve. They have a very good mentality and I see that every day in training," Schmidt told DW. "I think Chinese football is moving in the right direction but it's not so easy for them to develop very fast because European football has a long tradition. So it's something that needs time. The Chinese people have shown they are able to make something special in business and marketing, and I think they are also able to do that in football." 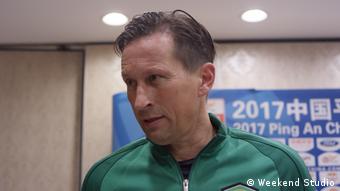 The problem for the league and its long term development is the rule restricting each team to three foreign players. The rule was introduced as a way to protect Chinese talent and avoid the mistakes made in England, where the national team has faltered at the expense of the thriving Premier League. The consequence is though, these three players are significantly better than the rest of the team.

Mads Davidsen, the technical director of Shanghai SIPG, has a different take on things. He has helped the club promote its young players and analyzes match data for the club. He believes the standard of Chinese football is improving gradually.

"When you bring in a top player the whole training level goes up," Davidsen told DW. "If he has a good personality he lifts the teammates, he increases the demands of the daily training. And if you do that 300 days a year, then you will improve. Slowly and steadily, we see progression."

The perception is that the league is low in quality, but Davidson says any idea that the CSL is an easy ride for players is a misnomer.

"I don't see the difference between the Chinese and foreign players as that big because many top foreigners are also struggling here,” Davidsen said. "It's not as easy as people think. People presume that players can come here and can play at 70 percent but some top names come to the league and quite fast they're out again, because they can't deliver." 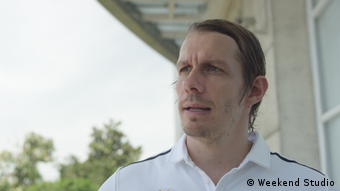 The flow of big names hasn't stopped. Anthony Modeste is the latest in a long line of players to wave goodbye to Europe, and this after the best season of his career, where he scored 25 Bundesliga goals in 2016/17 for Cologne.

For all the glamorous signings, China sit bottom of their World Cup qualifying group and show little sign of producing talented players in the near future.

The harsh reality is that most kids in China don't really care about playing football. Basketball is the dominant sport among teenagers and for the kids that do want to play football, the facilities are not up to scratch. Any child that wants a career in football must be signed by the academies of a professional club to play at a decent, organized level. And China only does organized football.

In the five years since Xi Jinping became president, there is at least a plan in place to nurture the young talent the country is producing. Xi Qi, a referee in Shanghai's amateur league for 15 years, explained how things have changed over the last few years. 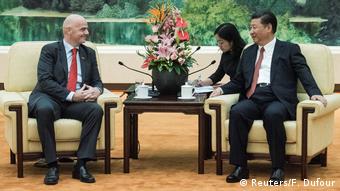 "The Central Government changed the policy and told every school to organize their own team, to allow kids to play the game not only in school but in the local area," Xi Qi explains. "After-school football is quite popular in Shanghai. On the weekends, some retired people organize some training for the kids - but of course they are not qualified coaches.

"Now Xi Jinping is in power, people have realized that football can reach a new level. The main change since he came in is that football is more professional on a local level. There is a league here in Shanghai organized by the Shanghai Enterprise group, which now record all the games on video and use the footage to search for talented players."

And what about a World Cup? Is there an appetite for this in China? "Oh yes, I expect a World Cup to come to China soon - everyone in China expects this. But first the team needs to get better."

Things have changed more in the last decade than any other before, but only a massive investment in the sport's infrastructure will make the kind of impact Xi Jinping craves. And even then, will the kids want to play? Despite the loud noises being made by the Super League, there remains a long way to go.