Thunberg calls on Siemens to nix Australia coal mine project 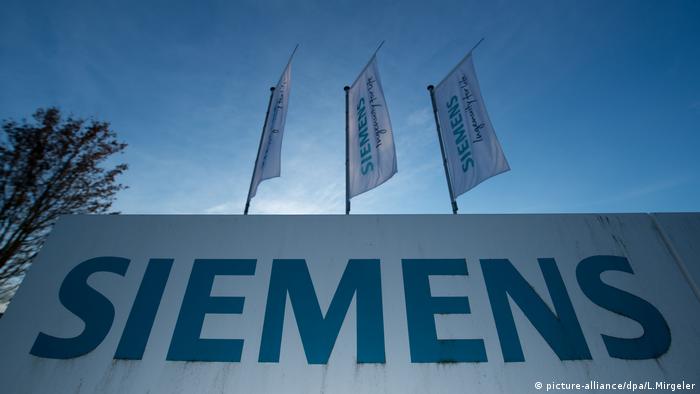 As wildfires continue to ravage Australia — the world's biggest coal exporter — Thunberg urged Twitter followers to help by "pushing them to make the only right decision. #StopAdani."

Adani is the name of a new coal mine under construction in Queensland. Run by India's Adani Power, the Australian government approved the project last year. Siemens is supposed to provide part of the signalling system for the railway lines necessary for moving the coal out of the plant and to the coast.

Florian Martini, a spokesman for Siemens, was quoted by German newspaper taz as saying "we are on the same side and have the goal of fighting climate change."

In an apparent bid to demonstrate Siemens' commitment to the environment, the conglomerate'schief, Joe Kaeser, asked German-born climate activist Luisa Neubauer to take up a senior position at a new company dubbed Siemens Energy.

Kaeser offered the 23-year-old a seat on Siemens Energy's supervisory board. In remarks published early on Sunday, however, Neubauer said she would pass on the offer and asked the Siemens management to instead give the seat to a member of the pro-environment group Scientists for Future.

"If [Siemens] is honestly committed to fighting climate change and to Fridays for Future, they will respect my decision," she told the German DPA news agency.

Neubauer said that joining the board would put legal limits on her criticism of Siemens.

"By taking the post I would be obliged to the interests of my company and would no longer be able to independently comment on Siemens," she told the German mass-circulation paper Bild. "That is not compatible with my role as a climate activist."

Siemens has already been targeted by the Fridays for Future climate protests, both in the form of physical demonstrations but also some 63,000 emails asking the company to consider climate breakdown and walk back its support for the coal industry.

Australia is one of the world's largest carbon emitters per capita because of its reliance on coal power plants.  The ferocity of this year's bushfire season — one of the most devastating in history — against the wider backdrop of climate change has raised questions about  Canberra's energy policy. Some 500 million animals have been killed as 10 million hectacres of land have gone up in flames. At least 27 people haved died and thousands of homes have been destroyed.